This story was co-published with The Guardian.

In 2017, Dow Chemical scored a long-sought-after victory: After a push from the U.S. government, China approved the import of the company’s genetically modified herbicide-resistant corn seeds.

A grateful Dow lobbyist emailed a senior Agriculture Department official whose support had been critical: “Thank you for your efforts in support of U.S. agriculture.”

That official, Rebeckah Adcock, was no stranger to Dow. Before joining the Trump administration, Adcock was the chief lobbyist for the herbicide industry’s trade group, of which Dow was a prominent member.

Adcock had helped her former industry colleagues in a variety of ways. At Dow’s request, for example, she had arranged a meeting between a top company official and Secretary of Agriculture Sonny Perdue about the seed issue.

Before the May 2017 meeting, a Dow lobbyist emailed Adcock: “Do you know who will staff the secretary?”

Adcock wrote back, playfully, “Yes and u do too.”

“Roger,” the lobbyist, Hunt Shipman, replied. Then he joked about the potential conflict of a public servant helping former colleagues: “Maybe you can have a chair on both sides of the table…maybe you can staff them both? :)”

Adcock isn’t the only lobbyist who has made her way to the federal government. Roughly one of every 14 appointments in the Trump administration has been a lobbyist. But previously unreported emails show Adcock repeatedly trading notes with industry players to craft policy.

The emails were recently obtained by the Sierra Club and the liberal freedom of information group American Oversight. The groups requested the communications in response to a ProPublica and New York Times investigation that revealed the industry ties of Adcock and other administration officials.

All federal employees are subject to standards of conduct that require them to be impartial and to seek authorization before participating in matters where their impartiality is likely to be questioned.

“As a U.S. official, she cannot represent any person’s interest other than the [U.S. government’s] in matters in which U.S. interests are at stake,” Canter said.

Like other officials, Adcock had signed a Trump administration ethics agreement, promising to avoid conflicts of interest. But the agreement gave Adcock wide berth, allowing her to offer help to Dow and other clients of the herbicide and pesticide trade group she worked for. 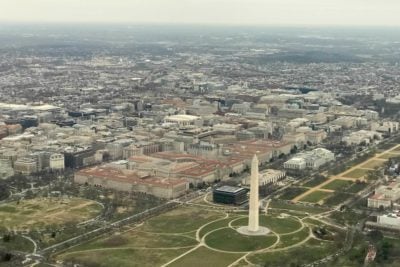 A Wide-Open Door for Pesticide Lobbyists at the Agriculture Department

The Agriculture Department said in a statement that “Ms. Adcock has acted in accordance with her ethics agreement” because she was employed by the industry’s trade group instead of by Dow directly.

Adcock enjoys a broad mandate at the Agriculture Department. She initially ran a team responsible for rolling back regulations deemed overly burdensome to industry. Since then, she has become a close confidante of Perdue, and she has been involved in everything from coordinating Perdue’s 2018 rural bus tour in support of an expansive new farm bill to reinterpreting the federal Clean Water Act.

Industry players have asked Adcock to reach down into the bureaucracy on even small issues. After a farmer in rural northern Illinois filled and graded a tributary and cleared four acres of forest along a government-protected creek, and the U.S. Army Corps of Engineers threatened him with fines of up to $37,500 per day until it was improved to the government’s liking, Don Parrish, a senior director at the American Farm Bureau Federation, contacted Adcock.

Emails show Parrish and Adcock repeatedly emailed about a section of the Clean Water Act that prevents companies from draining or filling wetlands and tributaries that flow into navigable water. Adcock told Parrish she was “getting answers” to his questions. It’s unclear if the farmer had to pay any fines.

The ethics agreement Adcock signed said she would not work on “the impact of crop protection products (including herbicides, fungicides and insecticides) on water.” It did not bar Adcock from working with trade groups like the Farm Bureau on Clean Water Act enforcement.

Dow also came to Adcock with a problem that was affecting its bottom line.

The company had been struggling to get approval from China for three years. “It’s hugely political,” a top company official said on an investor earnings call in 2017. “So I’m spending a thorough amount of my time and my capital to China to get this one over the line.”

It was against that backdrop that, in May 2017, Shipman, the lobbyist for Dow subsidiary Dow AgroSciences, emailed Adcock seeking a meeting between Dow AgroScience’s CEO and the agriculture secretary, Perdue.

Two days later, China agreed to take steps to reduce approval times, including a process to let U.S. officials request speedier decisions and a commitment by China to rule on several outstanding biotech issues, including those of Dow AgroSciences.

Shipman was registered as a lobbyist for Dow AgroSciences through his firm, Cornerstone Government Affairs. Lobbying records show he worked on biotechnology approval issues for the company in 2017, with Cornerstone earning $290,000. Shipman did not report he was lobbying the Agriculture Department. Rather, the records indicate he was lobbying the Senate and the House, which carry fewer government lobbying restrictions.

Shipman and Cornerstone did not respond to requests for comment.

One week later, a different lobbyist — Joe Bischoff, who also represented both Dow and CropLife for Cornerstone — repeatedly emailed Adcock about a regulatory issue for a genetically modified petunia flower.

In the correspondence, he shared questions that Dow wanted a House member to ask Perdue in a hearing the next day. The questions largely focused on China’s slow genetically modified crop import approvals. The congressman, Rodney Davis (R-Ill.), chairman of a biotechnology subcommittee, ended up asking Perdue questions that mirrored some of the wording the Dow lobbyist had emailed. Davis’s office declined to comment.

After China approved Dow’s corn seed, the company spun off its agriculture business into a new subsidiary, Corteva. The corn was hailed as “a key growth driver” for Dow’s seed business, for which the company projected sales to increase by $600 million by 2020. A recent internal analysis shows that the new company is now the top corn seed producer in the Asia-Pacific region.