In the midst of a billion-dollar road-building program last year, West Virginia Gov. Jim Justice fired his transportation secretary. The two had disagreed about how to best spend the money.

A year earlier, while the state worked to recover from a major flood, Justice ousted his commerce secretary, the cabinet member who was leading much of the effort. The governor blamed him for delays in helping flood victims.

And as the COVID-19 pandemic raged this summer, Justice forced out his top public health officer. He faulted her for a lag in reporting how many virus patients had recovered.

“When something doesn’t go the way he wants, he finds somebody to blame and fires them,” said Woody Thrasher, the ousted commerce secretary.

All governors make staff changes, but West Virginia political observers said that Justice has been particularly aggressive in this regard, looking for others to fault when things go wrong. In many ways, his governing style mirrors that of President Donald Trump, who has also cycled through more cabinet secretaries and top advisers in his first term than many of his predecessors.

“There seems to be a pattern that if there is a crisis, someone has to take the fall for it,” said Robert Rupp, a longtime state political analyst who teaches at West Virginia Wesleyan College.

For both Justice and Trump, the path to public service ran through owning large businesses, where their authority and decision-making was unchallenged. Rupp and other historians said Justice’s actions reflect his long career in business and little experience in government. Justice, a Republican, is running for reelection in November.

Rupp said that Justice’s actions may appeal to some voters who like the idea of the government operating more like a business, even in the way top officials are hired or fired.

“The problem is that the government is not a business in many ways,” Rupp added. “The governor being seen as a CEO has some problems, because in many ways, our government doesn’t give a governor as much power as a CEO.”

Justice’s office did not respond to a request for comment for this story.

Justice is ranked by Forbes as a billionaire and is West Virginia’s richest man. He owns a vast array of businesses, including coal mines, resort hotels and agricultural interests, many of them regulated by the state agencies that report to him. Though his children run the businesses day to day, Justice continues to guide his business holdings, despite promising to be a full-time governor.

“A business doesn’t function like a democracy,” said Chuck Keeney, a West Virginia historian who teaches at Southern West Virginia Community and Technical College. “The owner of a business hires and fires whoever they want at their own whim, sometimes based on whoever tells them what they want to hear.”

“The Smartest One in the Room”

Thrasher, a wealthy engineering firm owner who like Justice worked with and then grew his father’s business, said that Justice doesn’t value advisers who disagree with him. “He has to be the smartest one in the room and doesn’t want to hear anything else.”

Two years ago, Thrasher resigned his state job at Justice’s request, when the governor blamed him for a broad mismanagement of the relief effort following a June 2016 flood that killed two dozen West Virginians. Investigations found plenty of blame to go around, and Thrasher made his firing an issue in an unsuccessful Republican primary bid to unseat Justice this year.

Justice replaced Thrasher with Ed Gaunch, a retired insurance company executive who had lost his bid for reelection as a Republican member of the state Senate.

In an interview about his experience leaving the Justice administration, Thrasher pointed to what happened the following year to then-Transportation Secretary Tom Smith.

Smith, an engineer and career highways official, thought the state should spend millions from a road bond issue on bigger, longer-term highway and bridge projects. But under intense political pressure over potholes and other local road damage, Justice wanted to funnel the bond money to smaller projects and more routine maintenance.

Smith balked, saying funding routine maintenance should be done on a pay-as-you-go basis, with vehicle license fees and the like, rather than through debt that the state would pay off over decades.

The governor fired Smith. Justice was clear about his reasons. “I want a new direction to be taken with our Department of Transportation, a return to the core mission of maintaining the quality of our secondary roads and bridges,” the governor said in a statement. Smith could not be reached for comment for this story.

A Change in the Midst of COVID-19

Compared with many other places, West Virginia has dodged the worst of the pandemic and its economy has reopened under Justice’s plan, called “West Virginia Strong: The Comeback.”

But in late June, new cases of infection began cropping up, increasingly linked to nursing homes, churches and residents returning from vacation trips to Myrtle Beach, South Carolina. Before the month ended, the state would end up on a list of hot spots for the virus.

“If you don’t want me on your hind end, you best better get your numbers right to me,” Justice said at the time.

Within hours, the governor’s office announced Health Secretary Bill Crouch had asked for and received Slemp’s resignation after the governor “expressed … his lack of confidence” in her leadership. 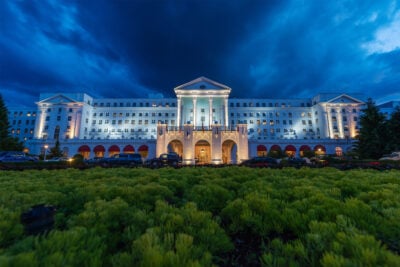 The move drew criticism from national and state public health experts. It also came amid complaints that the governor’s own luxury resort allegedly was not following the state’s guidance for reopening safely.

Dr. Michael Brumage, who served for a short time as the state’s drug policy chief in 2018, praised Slemp and said the sorts of data-reporting issues the governor complained about weren’t valid grounds for firing a qualified public health professional.

“It’s a tragedy for our state to lose such a talented and highly regarded voice of science and reason at such a critical moment,” Brumage said.

Slemp has not talked publicly about her departure but has said that some weaknesses in the state’s response to the pandemic were caused by years of funding cuts that left public health agencies with inadequate staff, technology and other resources.

“We are driving a great aunt’s Pinto when what you need is to be driving a Ferrari,” Slemp told The Associated Press and Kaiser Health News.

The day after Slemp was pushed out, three top officials at the Bloomberg School of Public Health at Johns Hopkins University — where Slemp earned her master’s in public health — issued an unusual statement to say they were “stunned and troubled” by the governor’s action.

Dr. Tom Inglesby, director of the Center for Health Security, said in a later interview that it appeared Slemp was “thrown under the bus” for a relatively small lag in data reporting.

“Cathy Slemp is a really respected person in the field of public health preparedness,” Inglesby said. “When you see something like that happen it’s very concerning.”