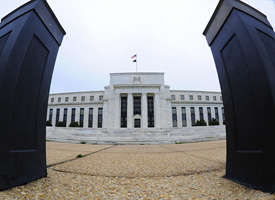 The Obama administration is concocting a plan to sidestep congressionally mandated restrictions on bailout funds, like executive pay caps, in future rescue efforts, the Washington Post reported this week, prompting the House oversight committee to open an investigation. Meanwhile, other aspects of the administration's strategy came under fire for being too risky. The New York Times' Andrew Ross Sorkin concluded that the Federal Reserve's plan to insure 85 percent of the loans investors will use to buy toxic assets (as part of the Treasury's Public-Private Investment Program) will actually add "more risk, not less, to the system." And the Post raises the possibility that the administration's plan to ramp up financial oversight will actually spur greater risk-taking.

Also this week, the congressional panel that oversees the bailout suggested some "potential policy alternatives," including liquidating problem banks and ousting some bank execs. "The very notion that anyone would infuse money into a financially troubled entity without demanding changes in management is preposterous," the panel's head, Elizabeth Warren, told The Observer. Meanwhile, Bloomberg News columnist Jonathan Weil asks why the administration hasn't forced financial institutions to "come clean about their losses."

And finally, get ready to add life insurers to the list of bailout recipients, although no one yet knows "how hard a bargain the government will drive" with these companies.

AIG has forked over $50 billion in taxpayer funds to its counterparties since its first bailout, leaving many wondering why the government felt the need to pay those contracts in full. Well, as we reported this week, it turns out the Treasury did have some other options, although none of them were entirely risk-free. Meanwhile, those payouts will be getting scrutiny from Neil Barofsky, the bailoutâs inspector general, who said this week that he had begun an audit.

And to all those optimists out there patiently awaiting the day when AIG repays the government its $180 billion: Don't hold your breath. Analysts are questioning whether AIG's plan to sell off its assets will actually reap enough dough to get it out of debt.

New York's attorney general filed a civil lawsuit this week against J. Ezra Merkin, a money manager who placed his clients' funds in Bernard Madoff's hands without telling them. According to the lawsuit, Merkin was warned repeatedly about Madoff. Merkin's lawyer called the suit "hasty and ill-conceived."

And finally, those counting their lucky stars that they had withdrawn their funds from Bernard Madoff's firm were dealt a blow yesterday when the appointed trustee of Madoff's business filed the first lawsuit against one such investor. The suit demands that a company in the British Virgin Islands pay back $150 million that it withdrew from Madoff's firm six weeks before the arrest.