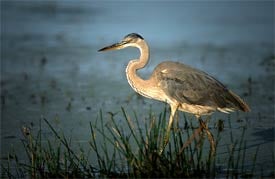 And the list keeps growing. We added three more rules to our Midnight Regulations chart for your Thursday afternoon reading pleasure.

The Environmental Protection Agency issued a rule late last month that attempts to shine a light through the pea-soup fog surrounding the designation of ‘navigable waters’ under the Clean Water Act. But the rule cemented a definition that weakens the protection of wetlands and other small bodies of water.

The rule was pushed through with unusual alacrity. It went into effect and was finalized on the same day—public comments were not solicited. The EPA justified the truncated process by citing "good cause" under the Administrative Procedures Act.

Another rule deals with the drug and alcohol testing of miners. The Mine Safety and Health Administration, which under Bush has been generally friendly to industry, has engendered opposition from lobbyists and industry groups who are dismayed by the last-minute push.

We’ve listed another rule affecting the flailing auto industry. This one seeks to increase the standard for the amount of impact a car roof can sustain. The National Highway Safety Traffic Administration has delayed its completion at least three times as it grapples with demands from safety advocates and the industry. The most recent postponement sets the finalization date well into the next administration.

Please keep the suggestions flowing! We are posting rules as quickly as we can!