The Treasury Department’s inspector general is looking into the opportunity zone program following stories by ProPublica and The New York Times about how the tax break meant to help the poor had been manipulated by billionaires.

The development, which was first reported by NBC News, comes after three congressional Democrats wrote to Treasury’s inspector general in October asking for the probe and citing the ProPublica and Times stories.

“We are conducting an inquiry, and expect to complete our work and respond to the Congressional requesters in early spring,” Deputy Inspector General Richard Delmar said in a statement.

The opportunity zone program, passed as part of the 2017 Trump tax overhaul, offers tax breaks to investors who put money into specially designated areas. While it was pitched as a way to help struggling neighborhoods, ProPublica and others have documented how the process has appeared to benefit billionaires with investments in areas that should not have qualified. In other cases, governors have granted the tax break to their political donors and, in some cases, themselves or their families.

Sen. Cory Booker, an architect of the program, along with Reps. Emanuel Cleaver and Ron Kind, asked the inspector general to do a “complete review” of areas picked for the opportunity zone tax break to see if they were truly eligible. The October letter also asked the inspector general to collect all correspondence between Treasury, White House officials and outside interests about the process.

The inspector general said that once the inquiry is complete it plans to publicly post its response to the congressional Democrats.

Do you have access to information about opportunity zones that should be public? Email [email protected]. Here’s how to send tips and documents to ProPublica securely. 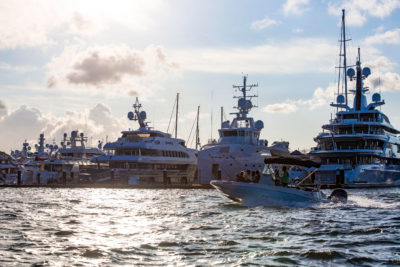