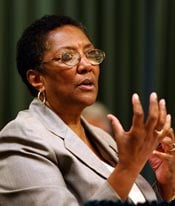 Top leaders of the California Board of Registered Nursing sent a note of encouragement to their staff this morning following a Los Angeles Times-ProPublica investigation into problems at the board. Reporters found that it takes the board years to act on complaints of egregious misconduct, leaving nurses accused of wrongdoing free to practice without restrictions. All told, cases closed by the nursing board in fiscal 2008 took an average of 1,254 days. In Ohio, it took 90 days; in Texas, 173; in Arizona, 197.

The California stat is based on data provided by the board itself. And the improvements cited in the e-mail below were put in place after articles written last fall by the Times and ProPublica about how the registered nursing board took years to discipline nurses convicted of serious or multiple crimes.

Over this weekend the LA Times released their latest articles on the Board's Enforcement activities and the length of time it takes from receipt of a complaint through the Administrative process which they claim is over 1200 days or roughly 3.5 years.  Attached is a link to the article that includes pictures, charts and a link to ProPublica's database used to compile the statistics that support the bases of their findings.

Ruth and I are aware of the grim picture painted by this article; however, the board members, managers and supervisors know that you work very hard to carry out the mission of the Board to protect the healthcare consumers in California and we appreciate all that you do. The following outlines a few of the Board's accomplishments since the Fingerprint Regulations (FP) were approved; hired eleven staff; BRN and OIS are working with DOJ to electronically transmit FP results to the BRN as well as dealing with all the internal issues that have been identified and addressed since the FP requirement started March 1, 2009.

In the event that we get media telephone calls regarding this article, please forward them to Administration at X-XXXX.

Thank you all for your continued support of the Board.