Instead, he’s in his home, doing a call-in radio show and a podcast — “Common Sense” — during which he has repeatedly gone on bigoted rants about China and its government.

“They have no morals,” he said on his April 28 radio show. “They’re amoral in the sense that human life means something in Western civilization, it means a lot. Human life doesn’t mean the same thing to them.”

Giuliani has also speculated that the spread of the coronavirus may be a plot by the Chinese government.

For example, Giuliani has raised the possibility that China purposely released the virus from a biological lab in Wuhan. “We have to say accidentally,” Giuliani said in a recent radio broadcast. “But I don’t think as responsible investigators we can rule out that it wasn’t done deliberately.”

Experts say there’s no public evidence the virus came from the lab. Amid a reported White House push, U.S. intelligence agencies have said they are investigating the origins of the virus.

Giuliani is also fixated on the idea that the Chinese government sent sick people overseas. In an April 27 episode of his podcast, he said that China allowed “over a million people from Wuhan travel to us, to the United States, to England to France to Italy to Germany.” He added, “I hope the people there have the same reaction we have to the value of human life and the loss of human life.”

“When they found out about this terrible virus that escaped, assuming they didn’t do it on purpose,” Giuliani said a day later on his radio show, “they were going to make sure the West suffered as much if not more than they did and jumped on top of an opportunity, it’s not a big assumption to make. And there isn’t a contrary explanation.”

The New York Times found that thousands, not millions, of people flew internationally out of Wuhan.

Asked about his comments, Giuliani did not respond.

The comments by Giuliani have come as discrimination against Asian Americans has spiked. And they reinforce the White House’s emerging push to blame China for the pandemic.

Giuliani has said he’s spoken to the president a number of times about the coronavirus. Two days after Giuliani said he was sure the virus came from the Wuhan lab, Trump said he has evidence of the same. (The president declined to give the evidence, saying it’s secret.)

Giuliani appears to have found a receptive wider audience too. An advertising executive at 77 WABC, which airs Giuliani’s radio show, said “feedback has been amazing” and online listening has “skyrocketed.”

The station’s parent company, Red Apple Media, did not respond to a request for comment.

In an April 23 radio show, Giuliani interviewed Gordon Chang, a conservative pundit who frequently predicts the collapse of the Chinese government. Chang said if China released the virus accidentally — for which, again, there’s no evidence — it then decided to create a global pandemic. “I think what Xi Jinping did was he decided he was going to spread the virus so that he would level the playing field so that China would not be in such a hole,” Chang said, referring to China’s president.

Chang acknowledged, “We can’t know what was in Xi Jinping’s mind for sure.” But then he went on, “It looks more like they were deliberate and malicious and that means Mr. Mayor ... this is a crime against all of humanity.”

Giuliani ended the interview by inviting Chang to be a guest on his other show, the podcast.

Giuliani has also said he’d use his access to help guests on his show move ahead with exploratory treatments. Talking with one pharmaceutical executive on his show in late March, Giuliani told his guest, “I’ll use whatever my yelling and screaming can do to do it faster, to help you.”

As the Times reported, the executive’s company received initial trial approval from the Food and Drug Administration soon after. (The FDA has said the application was subject to “internal scientific review.” And Giuliani has said he has no business connection to the company.) 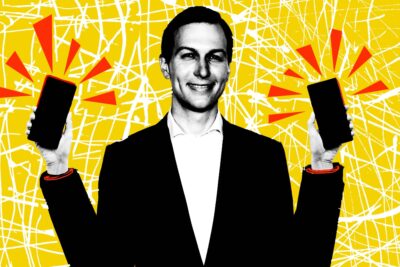 “I don’t lobby the government,” Giuliani emailed in response to a request for comment. “I do hope, however, that they and others are successful.”

Giuliani appears to have strong feelings about the government’s process for approving drugs.

In an April 23 broadcast, Mark, a pharmacist from New Jersey, called in to report on his “informal study” of the patients who have used a drug cocktail that includes hydroxychloroquine — the anti-malaria drug that Trump long has touted.

Giuliani was excited when Mark reported that none of his patients had been hospitalized: “Why doesn’t this count with all these geniuses in Washington? The double blind study and the triple blind study and this study and that study, we don’t have time for that, we’ve got to go to people like Mark in New Jersey!”

In fact, the FDA has warned against widespread use of the drug, noting that it can cause heart problems.

The discussions with his listeners, though, often come back to China.

One caller to Giuliani’s radio show, identifying himself as “George from Bay Ridge,” went on a rant against Chinese people, likening them to serial killers with “no conscience” who are attempting to take over businesses all over the world.

Giuliani responded, “George, I’ve been getting complaints about this for a long time.” He added: “It almost reminds me of the Mafia. You know, they say, if you do business with America it’s one thing. If you do business with China you don’t realize, all of a sudden you start owing them too much and they believe they own you.”