President Donald Trump’s signature food aid program is sending less relief to New York and New England than other parts of the country, even though the Northeast has the most coronavirus cases. Some states — Maine and Alaska at least — have been left out completely so far.

The regional imbalances are an unintended side effect of the U.S. Department of Agriculture’s strategy in hiring private contractors to distribute food, the agency said. It is now looking for ways to reach areas that were passed over.

“USDA is evaluating how we might expand access to the program in areas that are underserved,” the agency said in a statement.

Out of $1.2 billion in the program’s first round, just $46 million is going to the Northeast. The region, which encompasses New York and New England, has the most coronavirus cases but received the least money of any region except the Mountain Plains, which has almost half as many people.

By contrast, the Southwest (including Texas) is getting more than five times as much money even though it has only about 50% more people and a quarter as many coronavirus cases.

Put another way, the Northeast has 10% of the country’s population and 33% of COVID-19 cases but is receiving only 4% of food relief dollars, according to ProPublica’s analysis of data from the USDA, the Census Bureau and Johns Hopkins University.

The pandemic is also taking a severe economic toll on New England. According to an analysis by the Federal Reserve Bank of Boston, unemployment claims from March 21 to April 11 equaled 16.6% of the region’s total workforce, and 36% of renters and 18% of homeowners in New England are at risk of being unable to make their payments.

Trump and his daughter Ivanka have personally heralded the USDA’s new program, which is meant to deliver boxes of fruit, vegetables, meat and dairy to food banks, churches and other nonprofits. Instead of using its regular system for buying and distributing food, which typically handles nonperishable items in bulk, the USDA awarded contracts to private distributors.

The process was unusually fast for government contracting: Companies had only a week to apply, and the USDA announced the winners a week later.

Although the USDA announced the contracts on a regional basis, the agency had no method for allocating funding to each region — it just depended on which companies won their bids. “The amounts and locations awarded were based on the offers received and the evaluation of those offers,” the USDA said.

The relative dearth of distributors in the Northeast is making it harder for food banks there to meet the needs of their communities. In Rochester, New York, the Foodlink food bank consulted with dozens of companies that it has worked with about applying for the USDA contracts. But none of those bids were successful, and Foodlink didn’t have a relationship with any of the winning contractors.

Now the food bank is in touch with the winning distributors but has yet to receive any shipments. As a result, it doesn’t have much fresh food to give out, even as the city’s service hotline is getting a surge of calls from people needing food, according to Foodlink’s chief strategy officer, Mitch Gruber.

“We could have had more food sooner, and they could have guaranteed more geographic representation across the nation if the program had been designed around food banks and not around distributors,” Gruber, who’s also a Democratic member of Rochester’s city council, said in an interview. “Everyone’s genuinely trying to best connect surplus at farms with increased need at food banks, and I’m glad the USDA is trying to fill that void. The smartest way to have done it would be to fund the food banks and work backwards to food distributors and vendors to serve them, rather than to have the USDA work with distributors and vendors.” 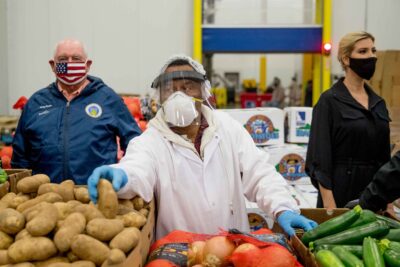 Contractors with no experience in food distribution are looking for suppliers on Facebook while some food banks scramble to find desperately needed deliveries.

Thus far, the USDA has awarded $1.2 billion worth of contracts to distributors, out of $3 billion available overall. The agency said the contracts were competitively evaluated based on the companies’ ability to deliver.

But some of the winning bids raised eyebrows because the companies appeared to lack experience in food distribution or did not have a proper USDA license. At the same time, some applicants with more traditional qualifications said their bids were denied on mistaken grounds.

Three key Democrats on the House Agriculture Committee asked the USDA to explain how it evaluated the bids, including if it checked companies’ licenses and considered equity across regions.

“We share USDA’s goal of providing effective and timely assistance to families, farmers, and food supply businesses like food distributors,” Reps. Stacey Plaskett, Jim Costa and Marcia Fudge said in a letter Friday to Agriculture Secretary Sonny Perdue. “We are concerned, however, that contracts were awarded to entities with little to no experience in agriculture or food distribution and with little capacity to meet the obligations of their award.”

The USDA defended its selections. “A lot of groups and organizations have some very great abilities that you wouldn’t necessarily be able to assess by looking at the name of the organization,” Greg Ibach, the USDA’s under secretary for marketing and regulatory programs, said on a conference call with reporters on Tuesday. “We feel confident that between our screening process and our audit process that we will be able to assure that those companies will be successful in fulfilling the responsibilities and the design of our program.”

One of the rejected applicants was a local distributor in Maine called Native Maine Produce & Specialty Foods. The USDA told the company its application was missing a signature on a certain page, according to vice president of sales Jimmy Davolio. Davolio said he rechecked the paperwork and the signature was there.

“I don’t know what we could have missed,” Davolio said.

No other companies serving Maine won contracts either, so the state is receiving no food boxes, according to the state Department of Agriculture, Conservation and Forestry.

“We were disappointed we didn’t get it, but now I’m more disappointed that the folks in Maine aren’t getting those funds,” Davolio said in an interview. “We bid where we thought we could help. Now I feel terrible.”

The state is sorely missing the relief as food bank demand has tripled in some places, at a statewide average of about 35%, according to Kristen Miale, president of the Auburn-based Good Shepherd Food Bank, which serves a statewide network. Maine’s growers are also hurting and looking for new customers since their primary buyers — restaurants and the food service industry — have been largely shuttered.

“We need to be distributing a lot more food. Our primary constraint is we just don’t have enough food to give out,” Miale said. “This program would be a huge help.”

Miale is hoping that the USDA will give Maine distributors another chance, taking into account the logistical challenges of a sprawling, rural state with islands and mountains.

“They kind of put out a one-size-fits-all approach and it didn’t fit for everybody,” Miale said. “So now let’s go back and look at it again.”

Maine’s agricultural commissioner, Amanda Beal, formally asked the USDA to reopen the bidding process in the fall to give Maine distributors time to develop a way to participate.

“Like all small businesses in Maine, farmers in our state have been significantly impacted by the COVID-19 pandemic but are eager to continue to grow food for consumers,” Beal said in a letter to the USDA on Thursday. “Likewise, many families in Maine need extra support during this unprecedented time, and it has been projected that food insecurity in Maine could increase by as much as 39 percent in 2020 due to COVID-19. We are confident that the Farmers to Families Food Box Program can help provide much-needed support for both, but only if the program can be adapted and flexibility be given to fit individual state needs.” 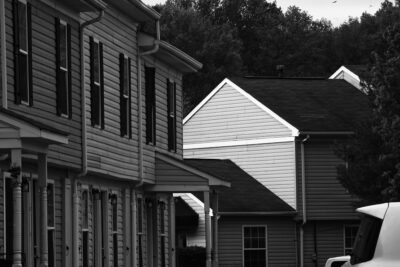 In another corner of the country, Alaska was also left with no access to the program. Two companies submitted bids but the USDA didn’t accept them, according to Cara Durr, director of public engagement for the Food Bank of Alaska, which serves the entire state.

Though Alaska has kept its case count down to only about 400, the shutdowns imposed to control the outbreak have taken a steep economic toll and made it harder for remote communities — many inaccessible by road — to get needed supplies. The state’s budget is also heavily dependent on oil, whose price has cratered.

The Food Bank of Alaska found a workaround where one local company signed on as a subcontractor to a winning bidder. That company is now supplying hard fruits and vegetables such as potatoes, apples and oranges.

But they’re still not able to receive meat or dairy, and the shipments won’t reach outside Anchorage to more far-flung places like Fairbanks, Durr said.

“The cost to bring food up to Alaska wasn’t factored in,” Durr said. “We would have loved to have gotten more through this program. Supporting local in-state vendors when there are applications would have been a much better way to go, for our state at least.”

Update, May 22, 2020: This article was updated to add a letter from three House Democrats to the USDA.