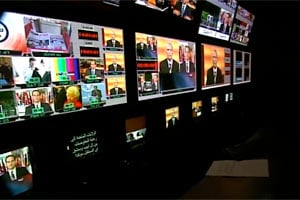 The government board that oversees the US-funded Arabic satellite channel Alhurra has refused to make public an independent study commissioned last year to review the network’s content.

People who have read the study, which was completed in July, described it as highly critical of Alhurra, a four-year-old government broadcasting effort begun by President Bush that has cost U.S. taxpayers $500 million and has been shrouded in controversy.

Bush’s public diplomacy efforts have been widely criticized by Democrats and even within his own party and corners of his administration. It is likely that his successor will review some of the most expensive efforts such as Alhurra which was designed to promote a positive image of U.S. policies in the Muslim world.

Democrats and Republicans were irked this past summer when they discovered that Alhurra was draining funds from key Voice of America broadcasts to countries such as Russia and Georgia. The Bush administration had planned to cut broadcasting services to both of those countries. But when they fell into a military conflict in August, Senate Democrats recommended restoring funds for those broadcasts at the expense of budget increases for Alhurra.

Alhurra was the subject of a joint investigation by ProPublica and CBS’ 60 Minutes in June that uncovered serious staff problems, financial mismanagement and deep concerns inside the U.S. government about Alhurra's content.

Those stories led to a Congressional inquiry by staff members of the House Foreign Affairs committee.

So far, House committee staff has interviewed Alhurra’s president, Brian Conniff, BBG board member Joaquin Blaya and BBG executive director Jeffrey Trimble. Tish King, the spokeswoman for the BBG, said the agency would have no comment on Blaya or Trimble’s appearances before committee staff.

The State Department’s Inspector-General has also begun an investigation into the financial dealings of Alhurra’s parent company; the government owned Middle East Broadcasting Network, known as MBN. Several of the investigators involved in that inquiry have also been interviewed by Congressional staff.

Lynn Weil, a senior Democratic staff member of the committee said the Congressional inquiry is the result of "disturbing questions raised by the reporting of ProPublica and 60 Minutes and to some extent the Washington Post and we’re trying to follow up on that."

Both Alhurra and MBN are overseen by the Broadcasting Board of Governors which regulates all U.S. government broadcasting overseas, including the Voice of America.

Last year, the BBG set aside $182,000 of public money to pay for a review of Alhurra by the University of Southern California’s Center on Public Diplomacy. The study was commissioned after a series of Congressional hearings in May 2007 spotlighted commentaries on the network deemed anti-Semitic as well as violations of Alhurra’s broadcasting code which forbid interviews with individuals identified by the U.S. government as "terrorists."

Blaya, a Republican appointee to the BBG’s board, testified at a 2007 hearing that the BBG would commission "an objective, independent review of Alhurra programming to examine its journalistic integrity and adherence to the standards and principles of the U.S. International Broadcasting Act."

That study, entitled: "An evaluation of Alhurra television programming," was completed in July. The BBG has not made the report public or shared it with the members of the House Foreign Affairs committee which oversees the BBG and Alhurra.

The BBG rejected a request by ProPublica, made under the Freedom of Information Act, for a copy of the report. A letter from the BBG’s legal department said the report is "considered privileged from disclosure," because the board considers it to be "predecisional and deliberative process material."

Philip Seib, who oversaw the Alhurra study at USC, said in June that the findings would be made public. But USC’s Center for Public Diplomacy has not done so. Shirene Walton, the Center’s deputy director, said the Center would not comment on publication plans and would not say whether the Center has been paid for the study.

Staff members with the House Foreign Affairs committee said the BBG had not notified the committee that the USC report was completed and has not shared its findings.

One Republican staff member was particularly concerned about the lack of communication from the BBG in light of an ongoing inquiry committee staff have been conducting into Alhurra.

Alhurra has cost U.S. taxpayers half a billion dollars since it went on air in February 2004 to counter negative images of the United States in the Arab world. It has already been the subject of numerous government reports which have expressed concerned about Alhurra’s management structure, accounting practices and quality of programming. 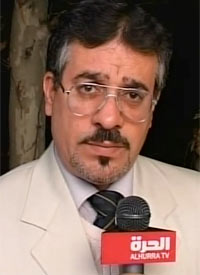 The USC study was meant to provide an objective look at Alhurra’s programming after outraged members of Congress threatened to withhold funding for Alhurra after a reporter for the network suggested on air that there was no proof six million Jews were killed during the Nazi Holocaust.

But in response to the investigation by ProPublica and CBS’ 60 Minutes, network executives acknowledged that Amin continued to file reports for Alhurra’s radio station until June 12.

Several former and current Alhurra employees, who agreed to discuss the network on the condition of anonymity, said management was working to quickly improve several aspects of the operation since stories about Alhurra were first made public in June.

The employees said accounting experts had been brought in, and some had been dispatched to Middle East bureaus to repair the station’s poor financial records. An internal audit is expected later this month, two employees said.