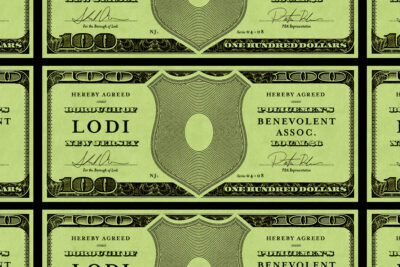 This story was co-published with the Asbury Park Press, a member of the ProPublica Local Reporting Network.

As police accountability draws increased public attention around the country, we asked the question: What happens to police officers whose misconduct leads to criminal charges?

Our story examines how often such cases resulted in jail time.

In April, we sought data from the New Jersey courts on everyone charged with official misconduct, both police officers and nonofficers, and the outcome of those cases. A court official told us they couldn’t export a complete database on defendants due to the limitations of their antiquated COBOL-based system and the complications of the COVID-19 pandemic. COBOL dates back to 1959, according to the National Museum of American History.

Court officials offered to update some existing reports, but they told us it would cost more than $36,000 for a comprehensive dataset dating back about a decade. Even then, the data might not contain entries for defendants who had their records expunged, which would happen for those who successfully complete pretrial intervention, a program for first-time offenders.

Instead of paying for the incomplete report, we reached out to the 21 county prosecutor’s offices, which filed the charges. They denied requests for data on crimes related to public office as overly broad.

We narrowed the request to documents charging people with official misconduct between 2013 and 2017. Nineteen of the 21 counties complied. The prosecutors office for Essex County, one of the state’s largest, refused. The Sussex County Prosecutor’s Office cited the COVID-19 pandemic as a hardship and never responded. The counties that responded with records account for 89% of the state’s population.

We also examined thousands of New Jersey news stories from a public records service called Nexis containing the keywords “official misconduct.” And we analyzed millions of rows of court data maintained by the Asbury Park Press that represent snapshots of New Jersey charging data in 2007, 2010 and 2019, as well as a snapshot of sentences in 2012, 2013, 2014 and 2019.

Between those sources, we identified 398 people accused of official misconduct from 2013 through 2017. Of those, at least 118 were law enforcement officers, which we defined as police officers, sheriff’s officers and corrections officers.

The gaps in the data aren’t large enough to impact the findings of the investigation.

We found officers were charged more often than non-officers. Even if none of the 19 people for whom we couldn’t find occupations were cops, officers would still be overrepresented in the charges compared with their makeup of the public workforce.

ProPublica and the Asbury Park Press are investigating police misconduct in New Jersey. Is there something we should know about? Please complete our form to let us know.