The crisis in local news has become one of the most pressing issues in modern journalism, with academics and other observers questioning whether democracy itself can survive the increasingly commonplace phenomenon of news deserts.

As the first editor overseeing ProPublica’s Local Reporting Network, a program that funded a year’s worth of investigative reporting by seven newsrooms in 2018, I’ve had a front-row seat to both the challenges facing local media — and a possible path forward.

One of the most revealing instances of these trends is Elkhart, Indiana, a small city covered for decades by a feisty local paper, The Elkhart Truth. Today, the Truth is a shadow of its former self, which is why the South Bend Tribune, a paper in a neighboring city, applied to ProPublica’s Local Reporting Network for a grant that would pay a full year’s salary of a reporter to examine Elkhart’s Police Department.

What Christian Sheckler and ProPublica senior reporter Ken Armstrong found was stunning. Scouring public records and asking pointed questions, they learned that nearly all of the Police Department’s supervisors had been disciplined for misconduct and three had been convicted of crimes. They uncovered a videotaped instance of police brutality that had only led to reprimands.

The pieces led to the resignation of the police chief, an independent investigation of the department and criminal charges against two officers. Elkhart’s mayor abandoned his plans to seek re-election following the revelations.

A year ago, when we launched the Local Reporting Network, we didn’t know what to expect or whether the stories our partners wrote would lead to change in their communities. But we thought it was important to give reporters the ability to pursue accountability stories that can’t be wedged in amid daily deadlines.

Not only did our partners find those stories and have a profound effect, they also showed how important it is to support investigative journalism at the ground level.

Not so long ago, most local communities had news organizations with robust staffs, and politicians knew someone was watching. They had good reason to worry that if they did something wrong, the public would find out.

As newsrooms have withered and a growing number of communities face a future with much-diminished media oversight, efforts like the Local Reporting Network have become increasingly consequential. Just last week, The Dallas Morning News announced a round of layoffs in its newsroom. Almost all of the editorial staff of the East Bay Express, in the San Francisco Bay Area, was laid off. And the news that a hedge fund-backed media group well known for cost-cutting is attempting to buy Gannett, the nation’s largest newspaper chain, suggests even bigger cuts in local coverage are on the way. 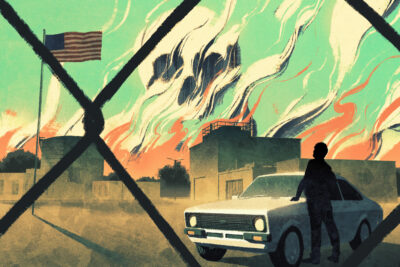 The news organizations participating in the reporting network were not immune from financial stresses. West Virginia’s Gazette-Mail filed for bankruptcy last year, replaced its top editor and cut the size of its staff. Another partner similarly went through layoffs, and the news executive at a third departed mid-year.

Yet Ward of the Gazette-Mail, working with Mayeta Clark and Al Shaw at ProPublica, found a way to create a stunning interactive story showing how the natural gas boom has changed the way the state looks and sounds.

ProPublica brought research, engagement and editing support to the projects and helped them reach a national audience.

Not everything went perfectly. It was our first year. We made mistakes, and we intend to learn from them.

That said, the past year reaffirmed my faith that many of the best stories are waiting to be written, in reporters’ notebooks or in their heads. Several organizations are working to give them a chance. Report for America is placing young reporters in underserved communities. Reveal Local Labs is facilitating reporting collaborations in four cities.