Renee Simmons never forgets a name. And there are a lot of names.

Since late June, the 56-year-old contact tracer with the Rock Island County Health Department has spent most of her time cold-calling people whose names are assigned to her from a database that documents who in Illinois, and who in her community along the Mississippi River on the state’s northwest side, is the most recent to test positive for COVID-19.

Simmons is one of hundreds of contact tracers around the state tasked with limiting the spread of the coronavirus through tracking a web of individuals who may have crossed paths with an infected person. Contact tracers are often among the first people to know who has tested positive. Sometimes they must break the news to the individual. Then, their questions begin: Where do you think you contracted the virus? Who was around you? What do you need to be able to quarantine for 14 days?

There are many privacy issues surrounding contact tracing. Not only are some people reluctant to share information with the contact tracers, but tracers must also be careful to not disclose the personal information of others while tracking the spread. Yet each contact tracer I spoke with told me their work can become deeply personal, as they form relationships with people who are struggling with the virus, sometimes in their own neighborhoods.

Contact tracers hold the stories of the virus’s spread. In a sense, they are the private eyes of the state’s public data, as they investigate the backstories of new coronavirus cases displayed each day on the Illinois Department of Public Health’s dashboard. While contact tracing is not a new public health strategy — it’s been used for decades to track the spread of various communicable diseases — public health officials see it as a key, especially paired with testing.

However, as pointed out by WTTW, Illinois fell short of its original contact tracing goal — “contact tracing and monitoring within 24 hours of diagnosis for more than 90% of cases” — before moving on to a less restrictive phase of Gov. J.B. Pritzker’s reopening plan in late June.

Since then, the Department of Public Health has expanded its contact tracing efforts, though, as pointed out by the Belleville News-Democrat, it has not released public information about its contact tracing metrics or how the success of the programs will be measured.

I reached out to health departments around the state to get an inside look. Here’s who I spoke with:

Sean McGahan, contact tracing supervisor, Jackson County Health Department. McGahan said he oversees a team of 15 contact tracers. The county in southern Illinois is home to the city of Carbondale and Southern Illinois University, and it also includes rural areas.

What’s on your plate today?

Simmons: Cases. An insurmountable amount of cases, that’s what. And tracking. Since 8 a.m. this morning I’ve done about 15 calls. (Simmons and I spoke around 11:30 a.m. on Monday.)

McGahan: Pretty much to continue to monitor the state database as we get new cases in and then assign them to different members of our team. I tend to take cases on as well. Right now, we have 15 of us on the team and we’re looking to hire one more.

Ristow: Today, we’re onboarding a new group of [contact tracing and case investigator] hires. We’ve been onboarding every two weeks and this is our fourth or fifth round of onboarding. I have four supervisors report to me and they each have eight or nine people report to them. It’s a lot of growth very quickly.

Ristow: I remember the first contact tracing call like it was yesterday, which is surprising because it was so long ago [in March]. That call really went to the basics: I wanted to know how they felt, where and how they contracted it. In my mind, I was trying to figure out how this is spreading from person to person. Fast forward a couple of months, when the state was in stay-at-home orders and people’s movements were limited. Our conversations were brief. It was a lot easier interview. Now, movement has changed significantly. A couple of months ago we weren’t hearing about people hopping on a plane going to a different state.

McGahan: A lot of people are initially in shock. In that situation, I figure out how I can appeal to their basic needs. I ask them: What do you need right now to be able to stay home? Tomorrow, we can have the conversation about other concerns. Some people will avoid us. Some people will not call us back that first day. But once the shock of it wears off, maybe in 12 or 24 hours, most people are agreeable.

Simmons: You can kind of tell how a conversation is going to go right away. For example, when I hear someone say, “I have to go to work,” that’s your cue that they haven’t contacted their employer. So then I’ll call that employer up front. I tell them this stuff is real. And sometimes they don’t understand because they’re in denial or they’ve heard some misinformation.

How do you convince people to share information with you?

Simmons: First thing I do is tell them, “Listen, I’m not asking for your Social Security information.” But I explain we need to make sure they are safe and that their family is safe. We try to get them to understand that this affects everyone. I like to tell them stories, too. My sister was COVID-positive. But it’s up to you on the other end of the phone to make them feel like they are important. Because they are.

McGahan: It’s really important for us to try to put ourselves in the shoes of the person we’re talking to and take any bias or judgment we might have out of it. For instance, a lot of our cases are college-aged students. [Southern Illinois University] is a big part of our economy down here. If I’m going to put myself in the shoes of a 19-year-old, I might be nervous to tell someone like me who I was hanging out with as well.

Ristow: It’s definitely an art form. We’re not calling just to get this information and hang up the phone. We call because we truly care about these people. We want to know what resources we can provide for them and also educate them to help stop the spread. I think part of it is tapping into how people learn differently. 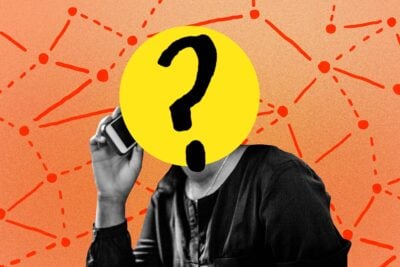 Do I Know Enough to Get a Job as a Contact Tracer?

Though requirements vary from state to state, many of them are hiring thousands of contact tracers in an effort to curb coronavirus spread. Here’s a brief quiz to check your knowledge.

What has surprised you about your county from your work as a contact tracer?

McGahan: I don’t know that this should have surprised me, but people have been a lot more cooperative than I thought they would be. I thought I’d be having to deal with a lot more people thinking coronavirus is a hoax. But the vast majority of people have been great and cooperative and have really shown a lot of care for the community as a whole. There’s this notion that young people running around right now don’t care that much about older people who might be more susceptible to the virus, but for the most part I’ve seen a ton of college-aged students who have gone out of their way to contact us.

Simmons: I grew up in Rock Island County. My entire family is very well-known in the county. There are people [I’ve had to speak to] I actually went to school with! I can’t tell them who I am. It’s funny. … I’ll talk to people in local churches and some of them will tell me my voice sounds so familiar.

Ristow: I’ve always felt educating people about their health and wellness has always been the core of my work. Contact tracing has only emphasized that.

With the U.S. cases consistently rising and the state being behind others in its contact tracing efforts, how do you know you are succeeding?

McGahan: Honestly, I think most of us know it was a good day when we are able to link somebody to a resource where that person is more calm at the end of the conversation than they were at the beginning. And being able to link someone with other community organizations is something that Jackson County is really strong in.

Simmons: It’s hard to know that. But one thing that makes me feel like I’m succeeding is when I can get through to older people, especially widows or widowers. A lot of the time their only social life is to go have coffee at Hardees or play bridge or get lunch with a friend. When they don’t have that, when their lives aren’t active, they can flip into depression. I try to make sure these older people don’t do that. I try to be a friend.

Ristow: We can measure our success by looking at how many cases we’ve been able to close. We have a lot of cases in DuPage County. We are successful if we are able to reach all those people. Our ability to reach that high volume of cases has exponentially increased over the last several months. I wouldn’t say we’re at the point where we can keep up. We’re still seeing increases in cases, so in our eyes, it’s not a good place. A good place is no cases.

Are you doing OK?

McGahan: There’s been tough days, but we’re only a month and a half in. I don’t think we’ve hit a wall yet. Hopefully because of the support we have we can avoid hitting that wall too hard. Sometimes we take things personally because we take the mission personally to help stop the spread and keep the community safe. So when someone lies to you or blatantly disregards public safety, there is a tendency to take that personally, too.

Simmons: People say, “I’d hate to have your job.” I tell them I love it. The only calls I don’t like to make are when they say, “Hey, Renee ... he died.” We all in this life have lost a loved one. We all know pain. That’s something we can all relate to. The only thing I can think to do is list them up in prayer. I tell them, “I’m going to pray for you.” In my prayers, I remember everybody’s name. The Lord can tell you that.

Ristow: I love my job. I love the work I do. And I love this agency. Because of that I don’t necessarily have to give myself a pep talk [every day]. It is hard work we are all doing, and at the end of most days I’m usually done talking.