In each of the past seven years, Massachusetts Secretary of State William Galvin has sought authority to revamp or reschedule elections in case of emergency. Every time, the legislature has blocked him. These rebuffs had repercussions in Westborough, a Boston suburb that was set to hold its town election last month.

As COVID-19 cases rose across the state, the governor shut down gatherings of more than 25 people two days before ballots were to be cast, making it illegal for voters to congregate at the local polling place, a senior center, on election day, March 17. Yet neither Galvin’s office nor the local elections administrator, Town Clerk Wendy Mickel, had the power to reschedule the election.

On March 16, town selectmen voted to postpone the election. But Westborough, which has 20,000 residents, needed an order from either a court or the governor. After waiting in vain for the governor’s signature, Mickel located a judge, who issued a restraining order, postponing the election 15 hours before polls were to open.

“I’m sure I have another 100 gray hairs,” Mickel said. Massachusetts Gov. Charlie Baker’s office did not respond to a request for comment.

Recent headlines have focused on Wisconsin, where the governor and the Legislature have been unable to agree on whether to delay or reconfigure Tuesday’s primary and who has the authority to do so. But such confusion surrounding procedures to change or postpone elections in an emergency is the norm nationwide during the pandemic. A lack of clear lines of authority, and the powerlessness of state and local officials with the most experience managing elections, are fostering paralysis and tugs of war. They also raise concerns that, if shelter-at-home orders persist into the fall, states may struggle to adopt alternatives such as voting by mail or drive-by voting in time for the presidential election.

There are only six states where election officials have the authority both to delay an election and shift polling places, according to the National Conference of State Legislatures. In six others, they can only reschedule an election, and in 18, their powers are limited to relocating poll sites. In Massachusetts and Idaho, secretaries of state, who generally oversee elections, have pressed unsuccessfully for more emergency clout. Opponents questioned the wisdom of vesting too much authority over an election in any one individual, and contended that, since democracy depends on regular voting at predictable intervals, arrangements for postponement should not be overly nimble.

“Election officials have literally zero authority,” said Amber McReynolds, CEO of Vote at Home, a nonprofit that helps policymakers and election officials improve their vote by mail processes and policies. “An issue that this pandemic has exposed is the lack of agility with respect to elections.”

The impotence of state election officials forces governors and legislators with no experience running elections to make choices that they don’t understand the implications of, said David Levine, the Elections Integrity Fellow at the Alliance for Securing Democracy, a Washington, D.C., nonprofit. “Short of a compelling reason otherwise, election officials need to have the ability to act quickly so that the accessibility and the integrity and the security of the vote aren’t questioned,” he said.

In most states, the governor has emergency power to suspend or change laws and regulations. While this authority has been interpreted to apply to elections, the relevant statutes don’t specifically mention them. As a result, governors may have been reluctant to postpone voting, for fear of being accused of partisanship or overstepping their bounds, said Matthew Weil, director of the Elections Project at the Bipartisan Policy Center, a Washington, D.C., think tank.

Weil expressed concern that state legislatures — many of which are not in session — would be unable to solve the problem before November’s election. “This was a partisan issue before this all hit,” he said. “How states are going to do this now I don’t know.”

Texas is among the states that have made hardly any provisions for an election emergency. The Legislature is out of session this year, and existing law allows the state to do almost nothing to change local election procedure. The state has been reduced to offering guidance to local officials, such as instructions to sanitize certain voting machines “with 50% or higher clear, fragrance-free, isopropyl alcohol solution and a lint-free wipe.”

Idaho vests no emergency authority in election officials. Chad Houck, the chief deputy secretary of state, said that emergency planning was already on their to-do list at the start of the year, but it became more urgent as COVID-19 spread. With Idaho’s primary scheduled for May 19, “We thought, ‘Boy, we really should try and get this squared up,’” he said. But when he consulted the Senate committee that oversees his office, “there wasn’t support for it.”

One member of that committee, Cherie Buckner-Webb, said political considerations influenced its reluctance to expand the secretary of state’s authority. “There is a degree of posturing and a degree of uncertainty,” she said. “All of these things play into what’s palatable.”

Instead, the secretary of state was forced to wait for the governor’s office to declare a state of emergency and adopt universal voting by mail. “If it had happened the other way, we probably would have been able to act a week or two faster” to inform the public, Houck said.

In Ohio, neither the secretary of state nor the governor has emergency power to delay an election. When the secretary of state sought court approval to postpone its March 17 primary, a federal judge refused. The director of the Ohio Health Department, Dr. Amy Acton, then declared an emergency and closed polling places, effectively stopping the election. Rejecting a proposal by Secretary of State Frank LaRose for an in-person vote on June 2, the legislature instead adopted a proposal for his office to send postcards with instructions on how to receive an absentee ballot application to anyone who had not already voted early. A coalition of voting-rights groups challenged the plan, contending that it would disenfranchise some minorities and low-income voters, but a federal judge upheld it on Friday. 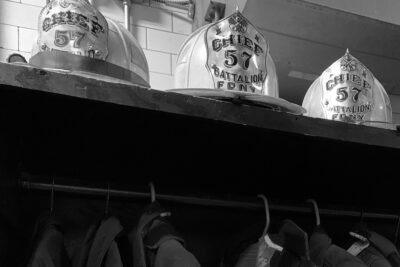 All of this confusion pales in comparison to Wisconsin, where local election administrators are still unsure if an election will be held — or how they should hold it. Even though the primary is scheduled for Tuesday, most polling places will be closed for lack of workers.

The impasse traces its roots to former Gov. Scott Walker’s administration, which reduced the state’s non-partisan elections office to a largely gridlocked bipartisan agency, said Kevin Kennedy, who served as the state’s chief elections official between 1982 and 2016. Then, after Walker’s 2018 re-election defeat, the Republican Legislature forced through bills that neutered the authority of the incoming Democratic governor in emergency situations.

“There were decisions made not to be prepared for this,” Kennedy said.

The Democratic governor, Tony Evers, has ordered residents to stay home. But he has rejected calls to postpone the election, saying he lacks the necessary authority. Instead, he proposed universal voting by mail, but the Legislature rejected the idea.

On Friday afternoon, Evers abruptly called the Legislature back into session after U.S. District Judge William Conley declined to delay the election. Conley did offer voters one additional day to request absentee ballots and six additional days to return them. In his decision, the judge castigated both the governor and the Legislature for failing to act. On Monday, Evers issued an executive order suspending in-person voting in Tuesday's elections.

States have had plenty of warning that their emergency procedures were lacking, Weil said. While COVID-19 may be unprecedented, the need to adjust elections in times of crisis is not. “This is one of the things I’ve been concerned about long before this pandemic,” he said. “Even after 9/11, jurisdictions didn’t address emergency powers.”

The 9/11 attacks alerted Galvin, who has been Massachusetts’ secretary of state since 1995, to the limits of his emergency powers, according to his spokeswoman, Debra O’Malley. When the state sent utility workers to New York to assist with cleanup and disconnect live electrical wires, Galvin’s office had no authority to email them ballots, as it did with overseas voters. Many had not requested an absentee ballot by the deadline and were unable to vote. 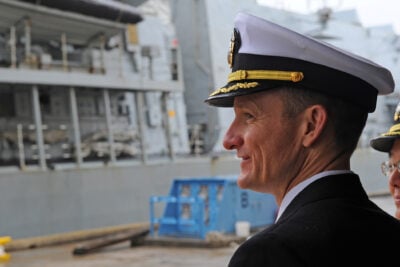 Since then, the issue has resurfaced periodically. In the weeks after the Boston Marathon bombing in 2013, the Boston Public Library was supposed to be used as a polling place for a primary for a special election to the U.S. Senate. A fire that was later determined to be unconnected to the bombing had broken out at the library. The secretary of state lacked authority to move voting; so did the governor, who could only act if there was a statewide emergency.

“It was just a stroke of luck that the crime scene tape came off by the time the polls had to open,” O’Malley said. “We wouldn’t have been able to move it.”

Galvin’s office has also had to sue local election officials so that a judge could postpone voting during snowstorms. “The towns were happy to be sued,” O’Malley said.

Last month, when Galvin’s office again filed its bill seeking power to postpone elections, The Boston Globe editorialized against it. “Entrusting that power to one person — no matter who it is — goes too far,” the editorial board wrote. “It might be more cumbersome to go through the courts in order to delay elections, but it’s a layer of protection to ensure that only genuine emergencies interfere with the central act of democracy.”

So, as Westborough’s elections approached, the secretary of state’s office felt it had run out of options. “We almost said, ‘Just cancel your election and we’ll deal with the consequences after,’” O’Malley said. “That’s where we were at.”

A few days after Westborough’s voting was postponed, the governor signed legislation allowing election officials across the state to reschedule local elections through June. The change does not apply to the fall, leaving little recourse if large gatherings are still banned in November.

Update, April 6, 2020: This story has been updated to reflect that Wisconsin’s governor issued an executive order suspending in-person voting in Tuesday’s elections.