More than a decade ago, I chatted with Asian-American seniors at Hunter College High School in New York City about their college admission prospects. One young woman told me she had scored 1530 out of a maximum 1600 on the SAT. When I congratulated her, she said that her score was what she and her friends called “an Asian fail.” She predicted it wouldn’t be enough to get into her dream school, Yale. She was right. The next day, she learned that Yale had rejected her.

I remembered our conversation when I read last week that the Justice Department plans to investigate a complaint by Asian-American organizations that Harvard discriminates against them by giving an edge to other racial minorities. My immediate response was: right victim, wrong culprit.

Asian Americans are indeed treated unfairly in admissions, but affirmative action is a convenient scapegoat for those who seek to pit minority groups against each other. A more logical target would be “the preferences of privilege,” as I called them in my 2006 book, “The Price of Admission.”

These policies elevate predominantly white, affluent applicants: children of alumni, big non-alumni donors, politicians and celebrities, as well as recruited athletes in upper-crust sports like golf, sailing, horseback riding, crew and even, at some colleges, polo. The number of whites enjoying the preferences of privilege, I concluded, outweighed the number of minorities aided by affirmative action.

By giving more slots to already advantaged students, these preferences displace more deserving candidates from other backgrounds, including Asian Americans and middle-class whites, without achieving the goals of affirmative action, such as diversity and redressing historical discrimination.

Jared Kushner, President Donald Trump’s son-in-law and senior adviser, has become the poster boy for this practice. As I reported in my book, Harvard accepted Kushner soon after receiving a $2.5 million pledge from his father, a real-estate developer and New York University graduate. While sources at Jared’s high school told me that he wasn’t near the top of his class, and didn’t always take the most challenging courses, a spokeswoman for Kushner Companies has described him as “an excellent student” and denied that his father’s gift was intended to improve his chances of admission.

In my book, I described Asian Americans as “the new Jews.” Like Jews before the 1960s, whose Ivy League enrollment was restricted by quotas, Asian Americans are overrepresented at selective colleges compared with their U.S. population, but are shortchanged relative to their academic performance.

Much as Ivy League administrators once justified anti-Jewish policies with ethnic stereotypes, so Asian Americans, I found, were typecast in college admissions offices. Asked why the Massachusetts Institute of Technology had turned down one high-achieving Korean-American youth, the then dean of admissions told me it was possible that he “looked like a thousand other Korean kids with the exact same profile of grades and activities and temperament. My guess is that he just wasn’t involved or interesting enough to surface to the top.”

My research indicated that college admissions officers tended to compare stellar Asian-American candidates to each other, rather than to the rest of the applicant pool. The result at some universities amounted to an informal quota system, with the percentage of Asian Americans admitted as freshman changing little from year to year. The proportion at Harvard, which long hovered below 20 percent, reached 22.2 percent for the class of 2021. Who takes the places of the spurned Asians? As far back as 1990, an investigation of Harvard by the U.S. Department of Education’s Office for Civil Rights pointed to recipients of so-called “white affirmative action.”

Harvard admitted Asian-American applicants “at a significantly lower rate than white applicants” despite their “slightly stronger” SAT scores and grades, it found. Accounting for most of the admissions gap was “preference given to legacies and recruited athletes — groups that are predominantly white.” In that era, Asian Americans composed 15.7 percent of all Harvard applicants but only 3.5 percent of alumni children and 4.1 percent of recruited athletes.

Unlike affirmative action, the preferences of privilege aren’t inherently race-based, which makes it tougher to challenge them legally. 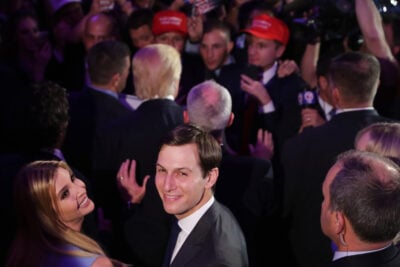 When I was researching my book in the early 2000s, several admissions deans assured me that the ranks of alumni children would become more diverse in future as the children of minorities who gained access to elite universities with the advent of affirmative action attained college age. But that doesn’t seem to have happened.

Meanwhile, the practice of giving admissions breaks to children of current or prospective donors has only intensified. With other sources of revenue failing to keep pace with costs — the pace of tuition increases is declining, as is the percentage of alumni who donate to the country’s top 20 schools — universities are more dependent than ever on major givers, and thus under more pressure to accept their children. In 2015 alone, seven individuals made gifts of more than $100 million apiece to higher education, including one bequest.

“Recognizing that the market is more competitive and that we’re constrained in our ability to raise prices, we are going to be more dependent on philanthropy,” Donald Heller, provost and vice president of academic affairs at the University of San Francisco, told me last fall. “That means there’s probably more pressure on admissions offices around legacies and development admits” — applicants recommended by the development (i.e., fundraising) office.

In an era of widening economic and social inequity, and of backlash against minority groups, the way to open more slots for outstanding Asian-American applicants is not to ban affirmative action. A better approach for eliminating the “Asian fail” is to curtail preferences for rich whites.