When North Carolina lawmakers passed what is widely viewed as the most sweeping anti-LGBT law in the country, supporters said it was needed to fend off a potential wave of local laws like the transgender-friendly bathroom ordinance adopted by the city of Charlotte. Opponents have called the new law a “hostile takeover of human rights.”

But all the attention on who can use toilets and locker rooms has overshadowed what employment rights advocates say is an even more expansive change made by the law — one that could affect all workers in North Carolina, not just those who are lesbian, gay, bisexual or transgender.

As has been widely reported, the North Carolina legislature rushed last month to pass HB2, the Public Facilities Privacy & Security Act, which requires transgender people (and everyone else) to use public restrooms according to the biological sex on their birth certificate. It also bars local governments from passing ordinances like Charlotte’s.

“The LGBT issues were a Trojan horse,” added Erika Wilson, a law professor at the University of North Carolina who co-directs a legal clinic for low-income plaintiffs with job and housing discrimination claims. The broader change hasn’t received much attention, she said, because “people were so caught up in [the LGBT] part of the law that this snuck under the radar.”

Conservative-leaning groups have been trying for decades to reduce the number of civil lawsuits in the states. In HB2, lawmakers accomplished this by adding a single sentence to the state’s employment discrimination law that says: “[No] person may bring any civil action based upon the public policy expressed herein.”

The language does not repeal North Carolina’s job-bias law, which continues to ban discrimination on the basis of race, sex, age, religion, or disability. But it forces workers seeking redress for discrimination into the federal system, where access is more difficult, the rules are much more complicated, and businesses often have significant advantages. Time, in particular, is on employers’ side: Under federal law, fired workers have just 180 days to file a claim, versus three years in state court. In the past, workers who missed the federal deadline — not uncommon for someone in emotional and economic crisis — could sue under state law instead, said Raleigh attorney Eric Doggett. Now, he predicted, many will discover they’re “hosed.”

The law’s impact could be “extraordinarily far-reaching,” said Julie Wilensky, California director of the national Civil Rights Education and Enforcement Center. North Carolina doesn’t keep track of how many discrimination cases are filed under state law. But from 2009 to 2014, workers filed more than 28,100 federal charges of workplace discrimination with the U.S. Equal Employment Opportunity Commission, or 4.5 percent of the U.S. total (the state accounts for 3 percent of the U.S. population). Forty percent of the complaints involved race; 29 percent involved gender; and 22 percent involved age.

Business groups are playing down the impact of HB2. Bruce Clarke, CEO of Raleigh-based Capital Associated Industries, an employers’ association with more than 1,200 members, contended that eliminating the right to sue was “a technical correction” that brings “clarity to a confusing area of workplace law” and takes North Carolina’s anti-discrimination statute “back to its original intent.” He said most employment discrimination cases don’t have merit and don’t belong in the “mosh pit” of state court. “They’re people that are mad, they’ve had their feelings hurt, they believe they were treated unfairly in some way … I view them like divorces,” he said.

Republican Rep. Dan Bishop, one of the legislation’s sponsors, said in an email to ProPublica that the lawsuit provision was “incidental” to the larger effort to revamp North Carolina’s law on public accommodations and rein in local governments. “The overall function of the law is to restore the status quo before the City of Charlotte exceeded its legal authority,” he wrote. The change is not as sweeping as critics claim, he said, because federal law “provides its own robust remedies and plaintiffs usually allege both federal and state law claims in the same complaint.” He told WBTV in Charlotte that the “exceedingly minor procedural difference” would have a minimal effect.

But in a post for lawyers on the Employment & Labor Insider blog, Winston-Salem attorney Robin Shea, had a different take: “We expect to see a flurry of summary judgment motions and motions to dismiss wrongful discharge claims based on this amendment.” Shea, partner in a firm that represents employers, called the change a “bomb.”

From the moment that the Charlotte City Council voted on Feb. 22 to expand protections based on sexual orientation and gender identity, opponents vowed to strike back. A month later, Republicans who control the legislature called a special one-day session to take place the next morning, March 23, and waited until just before the first committee hearings to make the text of the legislation public.

LGBT supporters had feared the bill would be broad, but they were stunned by just how far it went. In addition to requiring that people use bathrooms according to their biological sex, the measure preempted local governments from passing any laws aimed at protecting gay and transgender people, a provision that immediately nullified more than 20 existing local ordinances. Another provision banned local minimum wage laws like the $15-an-hour “living wage” ordinances gaining traction around the country. The state minimum wage is $7.25 an hour. 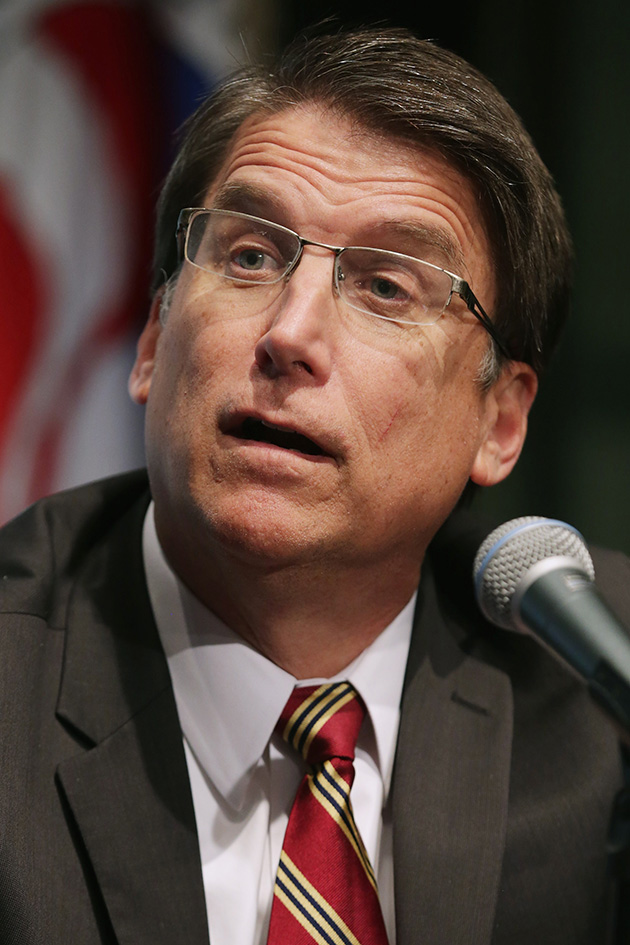 The passage affecting discrimination lawsuits amends the North Carolina Equal Employment Practices Act (1977), which declares that it is against the state’s “public policy” to discriminate in employment “on account of race, religion, color, national origin, age, sex or handicap.” The act — which applied to businesses with 15 or more employees — did not contain explicit language allowing alleged victims of job bias to sue. But since the mid–1980s, North Carolina courts have held that the “public policy” doctrine does give people who are wrongfully fired because of discrimination the right to recover damages under common (non-statutory) law. In the space of the 12-hour special session, HB2 “wiped out this entire body of law that’s been in place for the last 30 years,” said Chapel Hill lawyer Laura Noble.

Dan Blue, an African American lawyer from Raleigh who leads the Senate Democrats, views HB2 as part of a pattern of Republican-sponsored measures that have eroded voting and other rights for low-income people of color in recent years. “It’s a continuation of … a wide assortment of things that appear to be rolling back the clock of North Carolina so that it matches the sordid history of 40 to 50 years ago,” he said.

Others pointed to a burgeoning trend in which conservatives are exploiting a backlash against gay marriage and transgender rights to push legislation with broad ramifications. In Georgia, the governor vetoed a bill allowing faith-based organizations the ability to refuse to rent property, provide education or charitable services, or do any hiring that violates their religious beliefs. In Mississippi, a bill that passed the legislature last week would permit discrimination against anyone who has nonmarital sex. [Update, April 5, 2016: Mississippi's Republican Gov. Phil Bryant signed the bill into law.]

HB2 “is more evidence that the forces behind this backlash have a larger agenda than simply attacking marriage rights for same-sex couples,” said Katherine Franke, director of Columbia Law School’s Center for Gender and Sexuality Law. “They also seek to unravel protections against race discrimination in public accommodations and other contexts.”

Last week, the ACLU and others went to court to contest the parts of HB2 that target bathrooms and to overturn local LGBT ordinances, arguing that they violate the U.S. Civil Rights Act and U.S. Supreme Court precedent. But the complaint doesn’t address the provisions affecting the right to sue under state law.

Clarke said that if workers-rights advocates and Democrats don’t like what HB2 did, they should go back to the legislature. “Go create an agency,” he said. “Go put order to this chaos.”