Today, we are publishing a story and video about Phillip Garcia, a 51-year-old man who died in the custody of the sheriff’s department in Riverside County, California. We have attached a note to the video warning that viewers may find the content disturbing. We did, and we want to be transparent about why we have chosen to share this material with the public at this time.

Garcia was taken to the Larry Smith Correctional Facility, the largest of Riverside County’s five jails, on the morning of March 22, 2017, after neighbors reported that he was screaming obscenities and racing around his backyard. His 87-year-old roommate told police that he had been attacked by Garcia, who the roommate said had been up all night “rambling, making no sense.” A police report said Garcia banged his head against the Plexiglas barrier in the patrol car as he was taken to the jail. Deputies were unable to complete the intake and shoved him in a “sobering cell” where he showed clear signs he was in a psychiatric crisis. 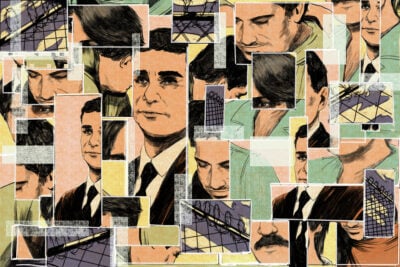 Using California’s public records law, we obtained 17 hours of surveillance and hand-held video footage documenting some of the 44 hours Garcia was held in custody. The video played a key role in our examination of Garcia’s death, which was ruled a homicide by the coroner. The videos establish that sheriff’s deputies falsified jail logs and reports about the amount of force used to subdue Garcia. They show his agitated state as he strains hour after hour to free himself from restraints.

Garcia died after being diagnosed with rhabdomyolysis, a disorder caused by overexertion in which toxins released by the overuse of muscles lead to kidney failure. The family sued Riverside Country for wrongful death, and the case was settled before trial with a payment of $975,000. The county admitted no wrongdoing and as part of the deal insisted the family sign a nondisclosure agreement, or NDA, that prohibited them from discussing the case with the press.

As far as we can determine, no one with the sheriff’s department was disciplined for their role in Garcia’s death. Nor were any procedures changed.

When ProPublica journalist Thalia Beaty learned of this case in 2019, it seemed an obvious story for us to look at more closely as part of our ongoing efforts to hold law enforcement accountable for misconduct. Beaty was joined by Ryan Gabrielson, a ProPublica reporter with deep experience covering California law enforcement.

We approached the family through its lawyer, Robert Trujillo, and asked if any of Garcia’s relatives would be willing to speak with us about aspects of his life not covered by the NDA. Trujillo, who has filed four civil lawsuits against Riverside County for wrongful deaths or serious injuries of prisoners, said the family did not want to participate in the story. We approached several family members directly to explain why such a story might be helpful in preventing future mistreatment of county jail inmates. They respectfully but firmly declined to talk to us.

We decided to push ahead with our reporting. We felt at that stage, and feel even more strongly now with the evidence we’ve assembled, that the public has a strong interest in knowing what happened to Garcia while he was in the hands of law enforcement.

One key question, much debated within ProPublica, was how much of the video evidence to share with readers. Over the past decade, eyewitness footage filmed with cellphones has made possible a whole new form of journalism in which entire investigative stories can be told through video. The images in these stories can be visceral and evocative. Last year, The New York Times published a remarkable video that showed Russian pilots deliberately bombing hospitals in Syria. Last week, The Washington Post used news footage and video shot by protesters to document the excessive force used in clearing a path for President Donald Trump’s photo op at the doorsteps of the St. John’s Church.

The videos of police using excessive force against African Americans have largely been captured by bystanders with cellphones filming in public spaces and posting on social media. The national uproar over the death of George Floyd was ignited by the videos that showed Minneapolis police officer Derek Chauvin pressing his knee against Floyd’s neck for 8 minutes and 46 seconds. Eric Garner’s last words — “I can’t breathe” — were recorded by a cellphone.

Prisons and jails are a very different proposition. Inmates are barred from possessing cellphones, and hardly any civilians are allowed inside. Most facilities have surveillance cameras. Release of that footage is controlled by the very public officials who have the most to lose if the footage shows misconduct. In this case, the cameras captured not just the use of force but also the delay in providing urgent medical and mental health treatment to an inmate.

In California, footage from jail cameras is rarely subject to release under the state’s public records law. The recordings of Garcia were available to ProPublica because his family had successfully sued Riverside County to gain access to them for their civil suit against the county.

Our records request also gave us access to thousands of pages of records relating to Garcia’s death. The video and those records form the basis for the text story we are publishing. Other documents, notably the records of Garcia’s medical condition and treatment, were withheld by the county.

Working over many months, our team of video journalists culled through the 17 hours of footage for key moments of Garcia’s confinement. Our goals in editing this footage were inherently in conflict. We wanted to show precisely what happened while omitting or obscuring scenes in which the images of suffering were gratuitous, overly graphic or not relevant to the story. Unfortunately, some of the more difficult-to-watch passages of the film were among the most relevant.

As we explained to readers after questions were raised about a previous story involving video of a death in custody, our hope in such cases is to work with the family to understand their views and warn them of what is about to be made public.

The lack of full cooperation from the Garcias posed a complex question of journalism ethics. Lacking the full family’s participation, we tried to balance the public interest in reporting on a questionable death in custody against the potential effect such a story might have on relatives we were unable to interview.

In the end, we have come down on the side of giving the fullest possible account of what our story terms “a recurrent tragedy — a person in mental crisis dying in law enforcement custody.” This video could be traumatizing to those who see it. It depicts the harsh treatment of yet another person of color at the hands of law enforcement. Some have argued that the media should stop releasing video of law enforcement officials inflicting harm on black or brown bodies. While recognizing that viewpoint, we hope that the significance of this story outweighs the pain it causes.

The history of Riverside County’s handling of its local jails also weighed in our decision to publish excerpts of the video. In 2016, a federal judge approved a settlement in which the county promised to improve the mental health and medical care for inmates. We learned that the county never shared records relating to Garcia’s death with the court-appointed monitor responsible for making sure local officials complied with the terms of that agreement. And, of course, the county used nearly $1 million in taxpayer money to keep the case from public view.

We understand that the release of this video and story comes at a particularly charged moment in our country’s reckoning about race and law enforcement. Readers can legitimately ask why we are releasing a story now about a death in custody three years ago. The standard journalists’ answer, “We publish stories as soon as they are ready,” is actually true in this case. Our team of Beaty, Gabrielson, Lucas Waldron, Katie Campbell and Nadia Sussman have worked innumerable hours to get the nuances of this short film exactly right. We have reached that point only in recent days.

As editor in chief of ProPublica, I would acknowledge another motivation. We are publishing now precisely because it is relevant to the ongoing conversation about how we make sure law enforcement officers do not abuse their immense power over individual people. The killing of Floyd has joined that issue for the policing of communities. It is just as important that our national debate include what happens out of public sight to the more than 2.3 million people behind bars in American jails and prisons.