Nancy Pelosi is returning as speaker of the House of Representatives amid a partisan standoff that has made it virtually impossible to move forward on major legislation requiring the support of both Democrats and Republicans.

Now, she has a chance to fix at least part of the problem.

Prodded by some House Democrats, in late November she agreed to establish a more open process for working on legislation and to allow more votes on amendments supported by both parties. The changes in rules, expected to come to a vote after the House reconvenes Thursday, will help set the parameters for Pelosi’s second stint as speaker.

Historically, amendment votes have been critical to legislation, allowing in a variety of ideas. They are one way for lawmakers to change a bill’s contents after it goes through committee, or when it skips that step entirely. They are often used on spending bills to get lawmakers on the record on important issues and to build consensus solutions.

But ever since the House began using electronic voting in 1973, minority party members have increasingly adopted the floor amendment — one of the few legislative tools available to them — as a way to force their opponents to cast politically difficult or symbolic votes. In response, House majority party leaders have clamped down on amendments to shield their members from those electorally risky votes.

With the House under Republican control during the past eight years, few amendments with broad bipartisan support made it to the floor. A ProPublica analysis of congressional voting data shows that from 1991 through 2010, amendments approved with bipartisan majorities made up one of every six amendment votes in the House. Since 2011, they have been only one of every 20 such votes.

“That is a remarkable change,” said Frances Lee, a University of Maryland political science professor and author of “Insecure Majorities,” a book about the workings of the modern Congress. “Floor amending is less important than it used to be.”

From 2007 to 2010, in her first term as speaker, Pelosi had more amendment votes with bipartisan majorities than any other speaker in recent history. During her final two years in the role, nearly one of every three amendment votes on the floor passed with majorities of both parties voting in favor. But as partisan tensions escalated, she eventually tightened control, allowing only amendments approved by the leadership.

The office of John Boehner, an Ohio Republican who served as speaker from 2011 to 2015, issued a statement in 2013 that praised open rules for making it easier for members “to improve bills and eliminate unnecessary government spending.” But he stopped using open rules after his caucus rebelled.

His successor, Paul Ryan, a Wisconsin Republican, led a House that did not have any legislation debated under an open rule. In the most recent Congress, which covered 2017-18, GOP leaders used amendment votes largely to highlight partisan differences that could be used for political purposes rather than to push legislation toward passage. There were 11 amendment votes in the House with a majority of Democrats and Republicans in favor, out of a total of 295 such votes.

“Legislating is truly a lost art up here,” said Rep. Doug Collins, a Georgia Republican on the House Rules Committee.

Bipartisan legislating through amendments could be hampered in the new Congress because few House Republicans have experience with it. Among the 200 House Republicans in the 116th Congress, just 25 will have had a bipartisan amendment approved on the floor during the previous 10 years.

In 2011, when Pelosi stepped down from her first stint as speaker, Democrats controlled both the Senate and the White House. This time, Republicans control them, meaning that any legislation coming out of the Democrat-led House stands little chance of success unless it embraces the views of both parties.

House majority leaders exert almost absolute control over floor debate. Lawmakers who want to propose amendments must seek permission from the rules committee, which writes the rules for floor debate and determines which amendments will be allowed. The committee is an arm of the leadership, and its votes nearly always fall along party lines.

In the most open scenario, any lawmaker would be able to offer a relevant amendment during debate.

The Democrats’ rules proposals that Pelosi agreed to in November include one that would give amendments with at least 20 co-sponsors from both parties an increased chance of seeing a floor vote. Another, less specific, proposal commits leaders to lessen their reliance on restrictive debate rules that limit amendments to only those with leadership approval.

“The American people are tired of hyperpartisan gridlock and want to see members of Congress working together to solve the major challenges we face today as a nation,” said Rep. Stephanie Murphy, a Florida Democrat and one of the lawmakers seeking the changes.

Rep. Jim McGovern, the Massachusetts Democrat set to lead the rules committee, said that the changes “give more voice to individual members.”

“One thing we can do is run this place like professionals,” he said. “My hope is that people are going to come together around good, legitimate ideas whether I agree with them or not.”

But Pete Sessions, the Texas Republican who was chairman of the rules committee between 2013 and 2018, said amendment restrictions were sometimes necessary to pass significant legislation.

“If you make an open rule, people will simply take advantage of it,” he said. “The majority has to have the ability to see its will being done.”

Sessions described organizing legislative debate when members of the majority party aren’t in agreement as a “struggle,” and he predicted that the same problems would force Democrats to scale back their legislative ambitions. 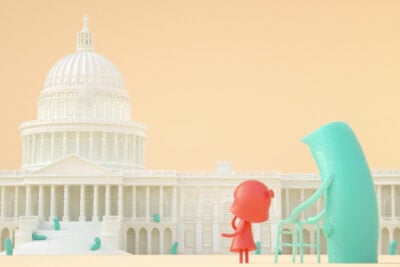 In November 2015, the Iowa Republican Steve King offered an amendment to remove prevailing wage requirements on most federal highway contracts. The requirement — set forth in the Davis-Bacon Act — is popular among Democrats, labor unions and some Republicans. Fifty-four Republicans joined 184 Democrats in defeating King’s amendment. The proposal had majority Republican support but forced dozens of King’s colleagues to cast votes that could anger conservative groups.

Democratic lawmakers seeking a more open process could eventually regret their request, said Lee, the Maryland professor. “They’ll quickly discover what Republicans discovered when they last took over the House: that they would like to be saved from the painful votes they’ll have to take.”

McGovern, who will lead the committee he jokingly describes as “the place where democracy goes to die,” said that he was hopeful that wouldn’t be the case. “I don’t want that to be my legacy.”