This story was co-published with NPR's Shots blog.

When teaching hospitals put pharmaceutical sales representatives on a shorter leash, their doctors tended to order fewer promoted brand-name drugs and used more generic versions instead, a study published today in the Journal of the American Medical Association shows.

The results were significant compared to doctors who did not work at hospitals that limited sales reps from freely walking their halls or providing meals or gifts, according to research by Ian Larkin, an assistant professor of strategy at the University of California, Los Angeles Anderson School of Management, and colleagues.

Conflicts of interest in medicine have been ubiquitous for many years, but a string of lawsuits, coupled with a crackdown by academic medical centers and public disclosure of industry payments, have brought renewed focus on how these relationships affect prescribing.

For the past 6 1/2 years, ProPublica has tracked payments to doctors, building a tool called Dollars for Docs to let users look up their physicians and sort information in various ways. We’ve found that some practitioners earn hundreds of thousands of dollars or more each year working with drug and device companies. We’ve reported how the drugs most aggressively promoted to doctors typically aren’t cures or even big medical breakthroughs.

And last year we found an association between payments and higher rates of brand-name prescribing, on average.

Find the data behind our health care reporting in the ProPublica Data Store.

Today’s issue of JAMA is devoted to conflicts of interest in medicine and includes a viewpoint on what ProPublica has learned by publishing Dollars for Docs and a related tool called Prescriber Checkup, which compares doctors to their peers based on how they prescribe drugs in Medicare.

The teaching hospital study focused on 19 centers in five states that restricted visits by drug reps in one or more ways: limiting access, limiting gifts or punishing those who broke the rules. Larkin’s team compared prescriptions by 2,126 doctors at those hospitals with 24,593 peers with similar characteristics who were not subject to the marketing limits. It examined more than 16 million prescriptions in total, using data from CVS Caremark, a large pharmacy benefit manager.

The researchers found significant changes in six of the eight drug classes studied and at nine of the 19 hospitals reviewed. The policies were put in place at different times from 2006 to 2011, but changes in prescribing started immediately and lasted for 12 to 36 months afterward.

“These weren’t terribly onerous restrictions, yet at the same time, they changed prescribing in a way that has really significant cost implications,” Larkin said.

Among the centers that did not have statistically significant changes was Stanford University, one of the earliest adopters of restrictive policies. In 2010, ProPublica reported how Stanford was not enforcing its rules limiting the relationships between doctors and drug companies. It has tightened its oversight since. Stanford doctors prescribed fewer promoted drugs but not enough for the result to be significant.

“We were surprised that some of them [teaching hospitals] were not as significant as we expected them to be,” said Larkin, without singling out particular hospitals. “You can’t just put in a policy. You have to think about it carefully, think about the efforts that really matter and involve the [medical] community.”

The study had several limitations. First, it did not find that the policies caused the change in prescribing, only that there was an association between the two. Also, the study was observational, meaning that doctors were not randomly assigned to hospitals with and without policies. And the study took policies at their word, not looking at their implementation or follow through. 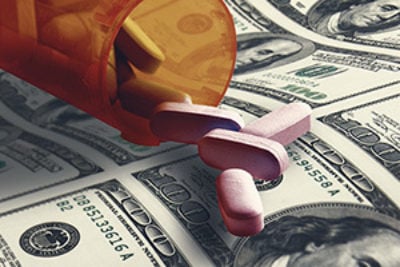 Dr. Howard Bauchner, JAMA’s editor in chief, said the study helps to crystalize the need to limit pharmaceutical company marketing in teaching hospitals “as a way of ensuring that there’s no influence, no inappropriate influence over prescribing.”

Bauchner said he isn’t bothered that the researchers only found significant results in fewer than half of the teaching hospitals studied. “Nothing is ever 100 percent effective,” he said. “To me that’s no different than a clinical trial. Not everyone benefits.”

An editorial that accompanied the research suggests that alternative approaches to educating doctors about drugs — besides relying on drug company promotion — need to be tested. “It has never been more important for physicians to come together to consider these alternatives, generate evidence about their effectiveness, and move the health care system toward solutions that lower costs for patients and minimize” conflicts of interest, wrote Colette DeJong and Dr. R. Adams Dudley of the University of California, San Francisco.