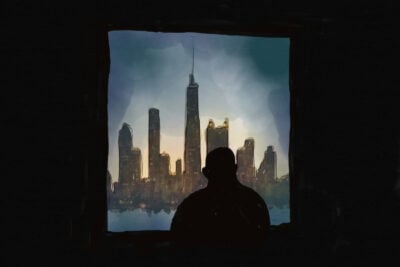 Investigating Inequity Amid the Pandemic

The Better Government Association announced this week that two investigative projects from ProPublica are among five finalists for the Richard H. Driehaus Awards for Investigative Reporting. The awards honor top achievements in government-related investigative journalism from newsrooms across the state.

The “COVID-19 Inequities in Chicago” series by ProPublica staff turned an investigative lens on the impact of the pandemic on vulnerable populations. The first story in the series, “COVID-19 Took Black Lives First. It Didn’t Have To,” examined the disproportionate toll the pandemic took on Black Chicagoans. The investigation illuminated what the emerging patterns of racial disparities in pandemic deaths exposed about long-standing flaws in the health care system. In another article, ProPublica was the first news organization to report that the coronavirus pandemic had left some seniors dangerously isolated in public and subsidized housing around the city, with only a patchwork support system in place to help them. Early coverage also included reporting on the treatment of factory workers and temp agency employees during the pandemic, documenting the working conditions that made many feel unsafe and identifying the lack of government action in addressing concerns about outbreaks. ProPublica also broke news of a coronavirus outbreak at a shelter for immigrant youth on Chicago’s South Side, the largest of its kind in the country.

The team of reporters also conducted an analysis of COVID-19 infections in Chicago that showed how crowded conditions within homes, not housing density, better explained why some areas of the city, primarily those on the West and South sides, saw higher rates of infection than others. ProPublica was also the first to report that opioid overdoses had spiked in Cook County during the pandemic. Six weeks after that report published, county officials announced plans to address the crisis.

The other finalist, “Thousands of Foster Children Were Sent Out of State to Mental Health Facilities Where Some Faced Abuse and Neglect,” a collaboration between ProPublica reporter Duaa Eldeib and former Chicago Tribune reporter David Jackson, revealed how officials from the Department of Children and Family Services and child welfare agencies in other states had placed thousands of foster children in facilities across the country where they reported being beaten or sexually assaulted by other residents or mistreated by workers.

What the reporters found alarmed child welfare officials, advocates and the families of the children, some of whom learned about the abuse for the first time when reporters told them about it. In response to the investigation, the ACLU of Illinois, which monitors the child welfare agency as part of a federal consent decree, called the department’s failings “infuriating” and demanded that officials develop services that would allow children to stay in Illinois.

Winners will be announced at a virtual ceremony on June 8. One project will also be selected for this year’s Reader’s Choice Award by the public.

See a list of all the Driehaus Foundation Awards finalists here.