Newsrooms, long known for being cutthroat competitors, have been increasingly open to the idea of working with one another, especially on complex investigative stories. But even as interest in collaboration grows, many journalists don’t know where to begin or how to run a sane, productive partnership. And there aren’t many good tools available to help them work together. That’s where our project comes in.

We’ll be sharing some of the software we built, and the lessons we learned, while creating our Documenting Hate project, which tracks hate crimes and bias-motivated harassment in the U.S.

The idea to launch Documenting Hate came shortly after Election Day 2016, in response to a widely reported uptick in hate incidents. Because data collection on hate crimes and incidents is so inadequate, we decided to ask people across the country to tell us their stories about experiencing or witnessing them. Thousands of people responded. To cover as many of their stories as we could, we organized a collaborative effort with local and national newsrooms, which eventually included more than 160 of them.

We’ll be building out and open-sourcing the tools we created to do Documenting Hate, as well as our Electionland project, and writing a detailed how-to guide that will let any newsroom do crowd-powered data investigations on any topic.

Even newsrooms without dedicated developers will be able to launch a basic shared investigation, including gathering tips from the public through a web-based form and funneling those tips into a central database that journalists can use to find stories and sources. Newsrooms with developers will be able to extend the tools to enable collaboration around any data sets. 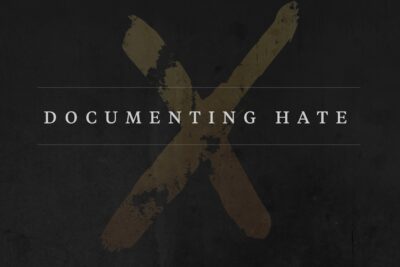 We’ll also provide virtual trainings about how to use the tools and how to plan and launch crowd-powered projects around shared data sets.

This work will be a partnership with the Google News Initiative, which is providing financial support.

Launched in January 2017, ProPublica’s Documenting Hate project is a collaborative investigation of hate crimes and bias incidents in the United States. The Documenting Hate coalition is made up of more than 160 newsrooms and several journalism schools that collect tips from the public and records from police to report on hate. Together we’ve produced close to 200 stories. That work will continue in 2019.

We’re already hard at work writing a how-to guide on collaborative, crowd-powered data projects. We’ll be talking about it at the 2019 NICAR conference in Newport Beach, California, in March. We are also hiring a contract developer to work on this; read the job description and apply here.

The first release of the complete tools and playbook will be available this summer, and online trainings will take place in the second half of the year.

There are a thousand different ways to collaborate around shared data sets. We want to hear from you about what would be useful in our tool, and we’re interested in hearing from newsrooms that might be interested in testing our tools. Sign up for updates here.