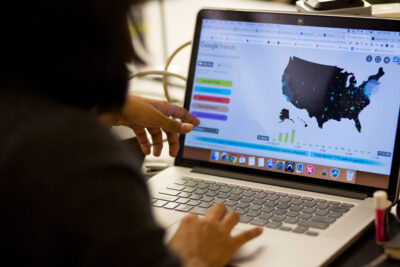 We’ll be expanding and open-sourcing the tools we created to do Documenting Hate, as well as Electionland, and writing a guide that will let any newsroom do crowd-powered data investigations.

You can now view key employee and officer salaries for each year right on an organization’s page, and we’ve also added thousands more audits

I Spent Three Years Running a Collaboration Across Newsrooms. Here’s What I Learned.

ProPublica worked with close to 200 newsrooms in the U.S. to crowdsource hate crimes and bias incidents as part of our Documenting Hate project. The collaboration is wrapping up, but its lessons are worth remembering.

Building a Database From Scratch: Behind the Scenes With Documenting Hate Partners

News12, The Baltimore Sun, Reveal and HuffPost explained how they built hate incident databases in conjunction with the Documenting Hate project.

We’re open-sourcing our collaborative reporting software so that newsrooms can work together around large datasets.

Working Together Better: Our Guide to Collaborative Data Journalism

We’ve learned a lot about how to make large-scale collaborations around datasets work, and today we’re giving away all of our secrets.

Angeliki Kastanis, data reporter at the Associated Press, recently explored what legalized pot means for medical users. Here, she describes some of the challenges of telling that story with the data available.

by Hannah Fresques and Meg Marco

The Ticket Trap: Front to Back

The project gave us an opportunity to try a bunch of technical approaches that could help a small organization like ours develop sustainable news apps.

Chasing Leads and Herding Cats: Shaping a New Role in the Newsroom

A partner manager is a crucial part of making cross-newsroom collaborations work.

by Katlyn Alo and Melissa Sanchez

How ProPublica Illinois Uses GNU Make to Load 1.4GB of Data Every Day

We’ve open-sourced our code for loading Illinois campaign finance data. The process used to take hours. Learn how Make helped cut that down to less than 30 minutes.