Bernice Yeung is a California-based reporter for ProPublica. In 2020, she was a member of a team of journalists who covered the impact of COVID-19 on meatpacking workers, which was honored with a Polk Award, a Society for Advancing Business Editing and Writing Award, and a National Institute for Health Care Management Award.

Previously, she was a reporter with Reveal from The Center for Investigative Reporting, where she was a member of the national Emmy-nominated Rape in the Fields reporting team, which investigated the sexual assault of immigrant farmworkers. The project won an Alfred I. duPont-Columbia University Award and a Robert F. Kennedy Journalism Award and was a finalist for the Goldsmith Prize for Investigative Reporting.

Yeung also was the lead reporter for the national Emmy-nominated Rape on the Night Shift team, which examined sexual violence against female janitors. That work won an Investigative Reporters and Editors Award, the Society of Professional Journalists Sigma Delta Chi Award for investigative journalism, and the Third Coast/Richard H. Driehaus Foundation Competition. Those projects led to her first book, In a Day's Work: The Fight to End Sexual Violence Against America's Most Vulnerable Workers (The New Press, 2018), which was honored with the PEN America/John Galbraith Award for Nonfiction and was a finalist for the Pulitzer Prize.

For years, a dangerous salmonella strain has sickened thousands and continues to spread through the chicken industry. The USDA knows about it. So do the companies. And yet, contaminated meat continues to be sold to consumers. 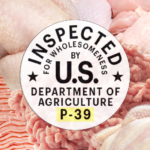 Look Up the Salmonella Rates Where Your Poultry Was Processed

How worried should you be about salmonella in your chicken or turkey? Chicken Checker lets you look up where it was processed and find out. 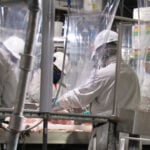 A key House subcommittee cited reports by ProPublica and other news outlets in launching an investigation into how the country’s meatpacking companies handled the pandemic, which has killed hundreds of workers to date. 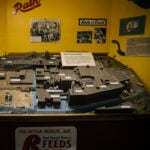 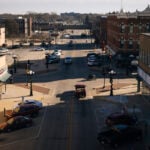 As COVID-19 Ravaged This Iowa City, Officials Discovered Meatpacking Executives Were the Ones in Charge

Meatpacking was once a path to the middle class in Waterloo, where workers led the fight for civil rights. But by the time the pandemic hit, a transformed industry had assembled a workforce from the most vulnerable parts of the world. The stage had been set. 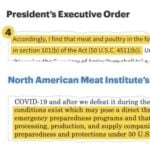 Hundreds of emails offer a rare look at the meat industry’s influence and access to the highest levels of government. The draft was submitted a week before Trump’s executive order, which bore striking similarities. 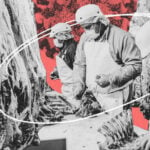 In documents dating to 2006, government officials predicted that a pandemic would threaten critical businesses and warned them to prepare. Meatpacking companies largely ignored them, and now nearly every one of the predictions has come true. 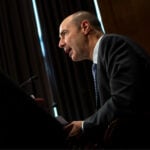 They Warned OSHA They Were in “Imminent Danger” at the Meat Plant. Now They’re Suing the Agency.

The suit by workers at Maid-Rite Speciality Foods in Pennsylvania employs a rarely used legal tool and is the latest in a growing chorus of complaints about how the federal agency charged with protecting workers has responded to COVID-19. 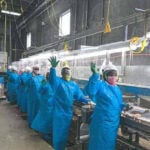 Thousands of pages of documents obtained by ProPublica show how quickly public health agencies were overwhelmed by meatpacking cases. One CEO described social distancing as “a nicety that makes sense only for people with laptops.” 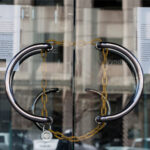 Thousands of workers in the U.S. with J-1 visas have been laid off as the coronavirus shut down the economy. They can’t afford to fly to their home countries — and can’t afford to stay. 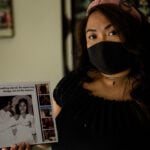 “Similar to Times of War”: The Staggering Toll of COVID-19 on Filipino Health Care Workers

One of every four Filipinos in the New York-New Jersey area is employed in the health care industry. With at least 30 worker deaths and many more family members lost to the coronavirus, a community at the epicenter of the pandemic has been left reeling. 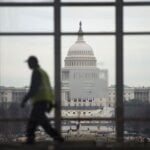 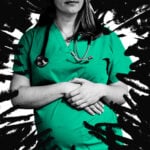 “I’m Terrified”: Pregnant Health Care Workers at Risk for Coronavirus Are Being Forced to Keep Working

Pregnant doctors, nurses and medical support staff have continued going to work, whether they want to or not, even as the latest research on coronavirus and pregnancy has caused a new sense of worry. 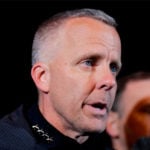 The APD will ask a third party to examine how it handles rape investigations. The police chief also announced he had ordered other changes, including the addition of another supervisor to the sex crimes unit and new policies for clearing crimes. 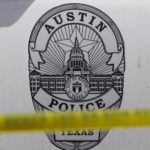 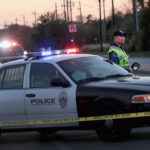 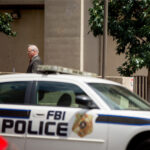 In response to an investigation by Newsy, Reveal from the Center for Investigative Reporting and ProPublica, the bureau says it has expedited a process expected to change reporting rules and require police to disclose cases they classify as unfounded. 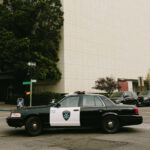