Why Looming Budget Battles Might Still Shut Down the Gov't

The Securities and Exchange Commission, the Environmental Protection Agency and the Department of Health and Human Services could face partial shutdowns this fall, as a politically polarized Congress faces a Sept. 30 deadline to approve a new federal budget. 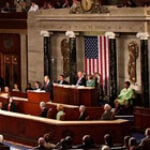 Which “model” legislation from an industry-friendly nonprofit has made it to your statehouse? Find out for yourself. 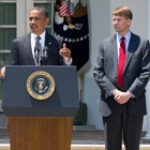 Will Innovative New Financial Regulator Be Hobbled Before It Even Starts?

The Consumer Financial Bureau is web-savvy and willing to experiment. But will Congress strip it of crucial powers?

The American Legislative Exchange Council, a 35-year-old conservative powerhouse, is under scrutiny for allegedly being a conduit for industry to influence legislation.

As she steps down, regulator Sheila Bair criticizes the industry's warped incentives, "disdain for borrowers" and the Treasury's prioritization of banks over homeowners. 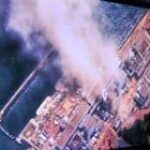