Neil Bedi reports on the federal government for ProPublica in Washington, D.C.

Previously, he was a reporter for the Tampa Bay Times in St. Petersburg, Florida where he worked on stories about patient safety, worker safety, criminal justice, government inaction and more. In 2021, he won the Pulitzer Prize for Local Reporting with Kathleen McGrory for their investigation into a sheriff's predictive policing initiative that targeted families and profiled schoolchildren. The U.S. Department of Education opened an investigation into the sheriff's use of student data and more than 30 national and state organizations formed a coalition to oppose the initiative.

Bedi and McGrory's 2018 reporting on an alarming death rate at a Johns Hopkins pediatric heart surgery center won the George Polk Award and was a finalist for the Pulitzer Prize for Investigative Reporting. In response to the stories, the CEO and the chief heart surgeon resigned, and the hospital paid nearly $43 million to families.

Bedi has also been honored as a two-time finalist for the Livingston Award for Young Journalists, and a winner of the Scripps Howard Award, the IRE Award, the Taylor Family Award for Fairness in Journalism and the National Headliner Award for Journalistic Innovation. Before becoming a journalist, Bedi was a software developer. He studied computer science at the University of California, Los Angeles School of Engineering.

For years after federal inspectors found serious problems with the HeartWare heart pump, agencies like the Department of Veterans Affairs and Centers for Medicare & Medicaid Services continued paying to implant it in patients.

“Get This Thing Out of My Chest”

A life-sustaining heart pump was taken off the market after years of problems and FDA inaction. Thousands of people are now stuck with it embedded in their hearts. 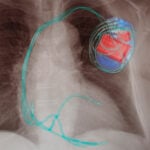 Do you or someone you know have a pacemaker, defibrillator, implanted prosthetic, or other lifesaving device? Do you work with or in the medical device industry? Help us report.

Inspectors repeatedly found manufacturing and device quality problems with the HeartWare heart pump. But the FDA did not penalize the company, and patients had the device implanted on their hearts without knowing the facts.