Yue Qiu was a News Application Fellow at ProPublica. She is a graduate of Columbia University with a dual degree in Journalism and International Affairs. Previously, she interned with The New York Times Shanghai Bureau. 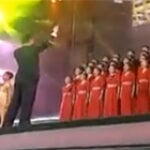 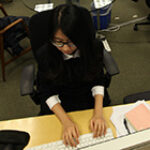 What I Learned From My Fellowship at ProPublica

The amount of crude oil being carried on America’s railroads has grown enormously in recent years. Though the routes taken by crude-bearing trains is hidden from the public, safety-incident data reveals some of the routes.