Losing a loved one to war is hard enough but when thousands of U.S. soldiers missing overseas from combat in Vietnam, Korea and World War II have yet to return to their families – it adds to the sorrow.

ProPublica’s Megan McCloskey exposed the story of one such family: the Kelders. During World War II, Pvt. Arthur “Bud” Kelder died as a Japanese POW in the Philippines, and he was buried as an “unknown” soldier in a war memorial cemetery there. Now, 73 years later, the Pentagon has finally identified Kelder’s remains, which will be returned to his family.

Today, an estimated 9,500 “unknowns” are still buried overseas. McCloskey links much of the Pentagon’s failure to find and identify missing soldiers to mismanagement and falling behind with modern science. DNA is often not used as a first tool in the identification process, when it is one of the most reliable methods, McCloskey says on the podcast.

The DNA of living relatives is needed for comparison to the remains of a missing soldier. Editor-in-Chief Steve Engelberg points out the ticking time clock for the relatives of World War II veterans – about more than half of them have passed in the last decade, McCloskey says.

Despite this urgency, ProPublica and NPR’s investigation last year found that the Joint POW/MIA Accounting Command only identified 72 people a year even though it spends $100 million annually for its efforts. The series, and the Kelder family’s decision to sue in 2012, have sped up the ID process at the gravesite in the Philippines, where nine other unknown soldiers remain unidentified.

“Now there are others who are trying to join this lawsuit so they can get the same resolution,” McCloskey says. So far, Bud is the only one who has been identified.

Defense Secretary Chuck Hagel has also announced sweeping reforms to address the current inefficiency and a new agency to oversee the POW/MIA identification. A medical examiner will lead identification efforts that will rely heavily on the latest in DNA testing and a new database will list all of the missing. The new agency will also seek assistance from other organizations and outside groups.

Listen to this podcast on iTunes, SoundCloud or Stitcher, and read McCloskey's original investigation on Kelder here. 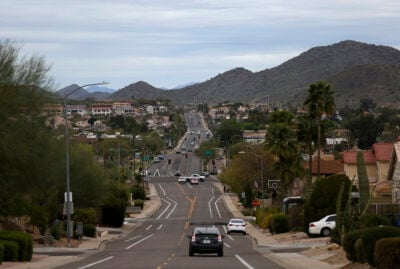