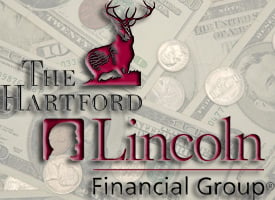 Both Hartford Financial Services and Lincoln National have announced that they've been approved for bailout money ($3.4 billion and $2.5 billion, respectively). A Treasury spokesman says that four more have been approved: Allstate, Prudential, Ameriprise and Principal Financial. Since those companies have not yet released a statement on whether they're still seeking TARP money or how much they might get, we haven't added them to our database yet. (Allstate, for one, said it's mulling whether to accept the funds.) The Wall Street Journal reports that the toll for bailing out insurers could rise to $22 billion--excluding AIG, of course.

These companies aren't getting the money because they're in danger of imminent failure like AIG. The investments come through the Treasury's program for "healthy" banks, the idea being that the money will provide a cushion to the insurers, which have been hurt through their investments in stocks, bonds and mortgage-backed securities. A statement from Hartford says the extra cash will provide "additional financial flexibility."

Of course, the insurers are not banks. So they've had to jump through a hoop to get the TARP money: acquiring a small bank or thrift. Hartford, for instance, bought Federal Trust Bank, a small Florida bank, for $10 million. In some cases, the troubled bank bought by an insurer failed, thus scuttling the insurer's bid for bailout money.