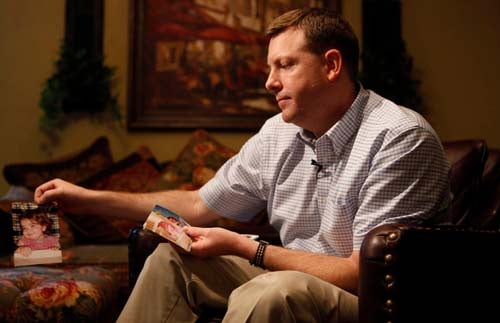 Leslie Fullerton hadn’t fully recovered from the death of his 15-month old son when he learned a few years later that his infant daughter, Natalie Beth, suffered from the same rare genetic defect.

At 14 months, Natalie began to suffer the same symptoms as her brother, who died after his diseased lungs quit delivering oxygen.

Natalie, attached to hulking machines, struggled for air at Texas Children’s Hospital in October of 2006.  Nearby, her parents spoke with a bereavement counselor. They struggled for the words to tell Natalie’s older sister.

Soon, though, remarkable news arrived: A lung donor had come through for Natalie. The Oct. 14, 2006, operation was a success, and within months the little girl was thriving.

Natalie staked a claim her own sippy cup. At the one-year celebration of her transplant, she and her cousins tore up her parents’ house in the Houston suburb of Conroe.

During her recuperation, her father sat Natalie in a rocking chair and attended to her routine medications. One of the steps involved using a syringe filled with heparin, a blood thinner, to flush an intravenous line though which Natalie received drugs.

In December 2007, Fullerton used an AM2PAT syringe for the procedure.

Within days of the cleansing, Natalie was hospitalized with a fever and bloodstream infection. Medical records show that a bacteria called serratia marcescens was found in the line that Leslie Fullerton had flushed with heparin. Government officials linked the same strain of bacteria to a lot of AM2PAT syringes from which Natalie’s came. 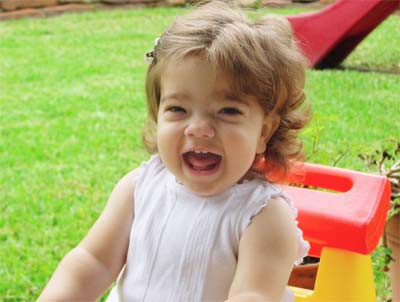 The family’s attorney, Paula Elliott, said the infection set off a series of medical complications. Natalie was nearly three years old when she died March 12, 2008.

AM2PAT carried only $2 million in liability insurance, an amount that is likely insufficient cover damages and attorney fees for injured patients.

"I don’t think there’ll ever be justice for this family," Elliott said. "Now instead of visiting one grave they have two to visit."

Leslie Fullerton, an orthodontist, said he hasn’t dwelled on how a syringe labeled "sterile" turned out to be anything but.

"I don’t go there," said Fullerton, 37. "It doesn’t change anything for Natalie."