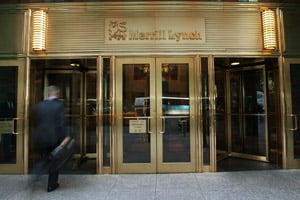 By early 2007, the mortgage market was falling apart. Lenders were reporting big losses, delinquencies were mounting -- and Magnetar's business was booming.

Between late February and April, banks rolled out five Magnetar-sponsored deals, with a value of about $7.2 billion. Among them was a $1.5 billion CDO named Norma. Following Magnetar's branding convention, Norma is a constellation in the Southern Hemisphere named for the Latin word for "normal." This CDO was anything but.

Details about Norma, which was created by Merrill Lynch, have emerged through an ongoing lawsuit between Merrill and Dutch bank Cooperatieve Centrale Raiffeisen-Boerenleenbank, known commonly on Wall Street as Rabobank. (The Wall Street Journal had the first detailed report of Norma, in late 2007.) The dispute involves a side transaction that Rabobank made with Merrill involving Norma. Magnetar is not a party to the litigation. Yet the allegations are scathing in their depiction of how the CDO was developed.

"Merrill Lynch teamed up with one of its most prized hedge fund clients -- an infamous short seller that had helped Merrill Lynch create four other CDOs -- to create Norma as a tailor-made way to bet against the mortgage-backed securities market," the complaint reads. (Emphasis in the original.)

"[T]o facilitate the selection of assets that would allow Norma to operate as a hedging instrument rather than an investment vehicle, Merrill Lynch hand-picked a beholden collateral manager that was willing to ignore its fiduciary duties to Norma's investors."

The manager for Norma was a small shop out of Long Island, N.Y., called NIR Capital Management. Run by Corey Ribotsky, the firm's primary line of business before entering CDOs was speculating in penny stocks.

NIR brought in a team of experienced bankers to run its CDO business. The firm also had a variety of other ventures. At one point, they put money into a documentary called "American Cannibal," that profiled the aborted launch of a reality television show in which contestant were stranded on an island and goaded into cannibalism. (The New York Times found it "absorbing.") Ribotsky is now under investigation by federal authorities for misleading clients about its investment returns. NIR and Merrill Lynch declined to comment on dealings with Magnetar; Merrill Lynch denies liability in the litigation. Magnetar declined to comment.

Norma began to suffer setbacks even before the deal closed in March 2007. According to the lawsuit, by the time Norma was completed, its value had already declined by more than 20 percent.