When Crystal Holloway entered the room on the 14th floor of Northwestern Memorial Hospital to introduce herself to a new patient, Tanya Adell-O’Neal was so out of breath, Holloway remembered, she could barely speak. But she got out a few crucial words:

“I have to tell you,” Holloway, an ICU nurse, remembered Adell-O’Neal saying. “I’m a nurse myself.”

“I was like, ‘Oh, God …’” Holloway recalled. “Like, ‘I hope that she’s not critiquing me … critiquing my techniques.’ That was absolutely the first thing I thought.”

Quickly, she realized they both had larger concerns.

Adell-O’Neal, 53, has asthma and one lung, the other having been removed along with a tumor while she was a nursing student. And for 12 days in a hospital bed at Northwestern, she fought against COVID-19.

Since the coronavirus has swept through the country, nurses have been praised as heroes for their role in fighting the pandemic. But nurses who care for patients with COVID-19 have also become patients — and sometimes, casualties — themselves. The relationships nurses have with their patients who are nurses can be emotional and complicated. They can also be cathartic.

As one of the nurses who cared for Adell-O’Neal put it: “She just understood, like, what I was going through.”

Early on, as Holloway prepared to draw her patient’s blood, Adell-O’Neal reassured her: “I can sometimes be a hard stick,” Holloway remembers her saying. “If you need to stick me twice, you can.”

After a couple of tries, Holloway realized her patient was right: Her right radial artery was an easier stick than her left.

“She just made me feel so comfortable and it wasn’t even about me,” Holloway said.

Adell-O’Neal has been both a nurse and a patient for most of her life. Diagnosed with asthma at 12 and hospitalized several times with pneumonia in high school, she was two years into her undergraduate program at Loyola University when she faced emergency surgery after doctors found a rare tumor on her right lung.

Since then, she’s tried to infuse her nursing career with the same kind of care she received from the nurses and doctors who saved her life. For almost 17 years, she provided psychiatric care for inmates in the Cook County Jail. Now, she’s a clinical nurse case manager at John H. Stroger Jr. Hospital, Cook County’s public hospital.

“I think care should always be the core of how you treat everyone,” Adell-O’Neal said. “You don’t have to be my child for me to have a concern for you. I’ve got this compassion.”

Her husband, Kenneth O’Neal, is also a nurse. He works at the jail, home to one of the largest outbreaks of the coronavirus in the country.

He tested positive for COVID-19 on April 1. Two days later, so did she. For about three weeks, they quarantined together in an upstairs bedroom of their home. She thought she was getting better. But then, one night, she couldn’t breathe.

She left for the hospital the next morning. She promised her family that no matter what happened, she wouldn’t try to be a nurse. She’d be a patient.

One of the first things Adell-O’Neal did as a patient was fill out a form that said she did not want to be put on a ventilator.

“I remembered being on a ventilator when they took my one lung. I remembered all of that,” Adell-O’Neal said. “And so I decided, you know what, I have to make this executive decision in terms of my care.”

Holloway, who’s been a nurse for about 25 years, said that she’s had some experience with HIV, AIDS and SARS, but that nothing prepared her for the coronavirus.

“It’s so scary,” Holloway said. “The patients … they get sick so quickly.”

In nursing school, Holloway said, nurses are taught to embrace the mantra: “Look at the patient. Don’t look at the monitor.” It means listening to patients — their complaints, their symptoms, their stories — can sometimes tell you more about a patient’s condition than medical equipment can. But watching how quickly a COVID-19 patient’s condition can change, Holloway said, “You almost feel almost kind of helpless.”

Holloway said her first COVID-19 patient arrived in good spirits and was intubated four hours later. Her next patient was intubated even sooner. She knew she had to try to keep Adell-O’Neal from getting to that point, but she also knew she couldn’t rely on her usual nurse’s instincts to help determine where, exactly, that point would be.

“She knew I was terrified,” Adell-O’Neal said.

Holloway was scared, too.

Adell-O’Neal said Holloway promised her she’d do everything she could to keep her out of the ICU. Still, she’d read about nurses and doctors dying from COVID-19 and thought to herself: “God, don’t let me be one of those casualties.”

That fear loomed in the back of Elin Cheng’s mind, as well.

Cheng, 24, is another nurse who helped care for Adell-O’Neal. The floor where she works mostly served as an orthopedics unit before the coronavirus. At first, Cheng said, she panicked when she learned she’d be caring for COVID-19 patients. But after a few weeks, she said she’d grown to trust her team of nurses in a way she never had before.

“It still can be nerve-wracking, you know?” Cheng said. “But then I just have to remind myself, ‘It’s OK. You have people helping you. ... I’m not in it alone.’”

Cheng thought she knew what to expect when another nurse briefed her about Adell-O’Neal, saying, “She’s one of us.” She’d cared for other nurses before.

“They always say nurses can make the worst patients,” Cheng said. “We’re just, you know, we’re so nosy. We want to know everything.”

Instead, she started to realize this was a patient she could learn from, too.

“She was in the health care field for so long and had an abundance of insight and knowledge,” Cheng said.

“We would just share stories about our family and just not talk about COVID.”

Adell-O’Neal said her room was a place where nurses could have “moments” and “get away from everything.” She welcomed the company.

One of the most difficult parts of her hospital stay, she said, was dealing with the isolation (“I’m a talker,” she likes to remind people). She FaceTimed with her family, but visitors aren’t allowed in patients’ rooms. For days and sometimes weeks, nurses and doctors may provide COVID-19 patients with their only human interaction, which can take an emotional toll on medical workers, too.

“We’re supporting our colleagues, and now we’re trying to support the [patients’] families. And then we’re supporting the patients,” Holloway said. “Emotionally, I don’t know how we’re all going to be once this is all over.”

Over time, Adell-O’Neal’s condition improved. She could walk from her bed to the bathroom without her oxygen levels dropping.

On the Sunday before Mother’s Day, Adell-O’Neal left the hospital. “Am I ready?” she said in a video she recorded from her wheelchair. And just as she answered her own question — “Yes” — she heard cowbells ringing.

About a dozen nurses waited for her down the hall, gathered next to an open door.

“Bye, guys!!!” she tells the nurses in the video, her voice on the verge of laughter and tears. “Thanks, everybody!”

She couldn’t see the nurses’ faces behind their masks, but it didn’t matter. She knew they felt the same relief and joy that she did. She knew, she said, because she is a nurse, too. 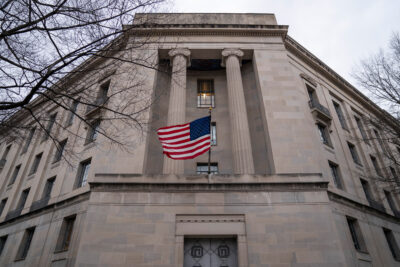