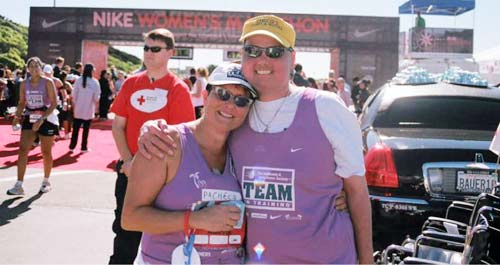 Kyle Pacheco had recovered from a bone-marrow transplant when he watched his mother lope across the finish at a leukemia-benefit marathon in San Francisco.

The mother and son hugged, sharing a moment of triumph that day in October of 2007. Pacheco had been cancer-free for 20 months and healthy enough to travel cross country, far from his South Florida home.

Kyle, 19, was planning to start working in the classrooms of the teachers who had been so kind to him when he was diagnosed with the leukemia five years earlier.

But the sense of victory was fleeting.

About a month after the race, the implanted line that Kyle relied on to receive intravenous medication was flushed with a syringe made by AM2PAT.

Soon Pacheco, feverish and chilled, was back in the hospital. By Nov. 29, 2007, doctors diagnosed a bloodstream infection from the bacteria serratiamarcescens. Pacheco contracted meningitis, slipped into a 30-day coma and emerged barely able to walk.

"That was terrible, after all we had been through – then to have something happen that had absolutely nothing to do with (the cancer)," his father, Ed Pacheco said. "How much more can you test this kid? How much more can he take?"

Authorities later traced the syringe that Kyle used to a lot produced by AM2PAT that tested positive for serratia marcescens.

Ed Pacheco said Kyle is hard-pressed to train a spoon into his mouth, much less carry on a conversation. His father uses slings, lifts and all of his strength to move the 21-year-old from his bedroom to the living room.

"We’re trying to keep a family atmosphere here rather than have him sitting in room like a dog that’s done something wrong," Ed Pacheco said.

"We’ve been given no hope that we’ll see the same Kyle again."