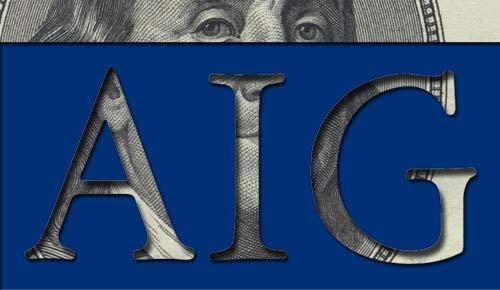 Monday marked six months to the day since AIG’s first bailout, but it wasn’t until news of executive bonuses over the weekend that public fury truly focused on the hemorrhaging insurer.

President Obama told Americans he was "choked up with anger" over bonus payments to executives at AIG’s Financial Products office whose bad bets pushed the company to the brink of collapse. The administration is worried about public anger turning against it, not just the company.

In some respects, the sudden anger is mystifying. After all, there’s nothing new about the bonuses except that a portion of them – $165 million – were actually paid on Friday. Contracts instigating the bonuses were made a year ago, and they’ve regularly been in the news in recent months.

And the amount involved is dwarfed by the tens of billions that flowed to banks and hedge funds.

AIG’s plan to pay bonuses have been public knowledge for more than a year. Why is this blowing up now?

Since its first bailout back in September 2008, AIG has had a lot of bad press. Nothing, though, has hit the public nerve like this latest scandal. The public seems to have had enough of junkets, bonuses and bailouts.

Perhaps it’s just politics – a distraction from other, more complicated problems, like the billions of taxpayer dollars that have flowed to banks and hedge funds, which have been overshadowed by the current rage. The controversy threatens to engulf Treasury Secretary Tim Geithner, who’s quickly becoming the target for partisan rancor over the bonuses.

Here's a timeline of the main events. Judge for yourself why the bonuses are getting so much play.

What’s the justification for the bonuses?

Several commentators have weighed in – reluctantly – on the side of paying bonuses. Andrew Ross Sorkin of the New York Times argues that the employees of AIG’s Financial Products division are the only folks capable of defusing the bombs they built, referring to the $1.6 trillion in notional value of credit default swaps still on AIG’s books, according to the company’s recent Securities and Exchange Commission filing.

That’s a lot of money, and what’s worse, the instruments themselves are highly complex and difficult to unwind. The swaps are a form of insurance that financial players buy to protect against potential losses. In return for regular payments, AIG took on the risk of those losses, a bet that turned out all wrong. Warren Buffet famously set about disbanding the packet of CDSs he bought when he acquired Berkshire Hathaway in 1998. The exercise took four years and cost over $400 million and involved a much smaller portfolio of swaps than AIG still holds.

On the other hand, some traders told The Wall Street Journal that even very complex derivatives can be unwound by "pretty much anyone with an understanding of derivatives."

Sorkin sees another reason – less sympathetic – to keep the bomb-makers on the payroll.

"A.I.G. employees concocted complex derivatives that then wormed their way through the global financial system. If they leave — the buzz on Wall Street is that some have, and more are ready to — they might simply turn around and trade against A.I.G.’s book. Why not? They know how bad it is. They built it."

Is it true that AIG is legally bound to pay the bonuses?

Lawyers interviewed in a bunch of outlets agree that AIG is legally bound to honor the contracts, and attorneys working for the Fed reportedly believe that breaching the contracts would just lead to even costlier lawsuits.

However, that doesn’t preclude negotiations, and Attorney General Cuomo thinks AIG is crying crocodile tears when they say they are helpless to stop the payments:

"We know that AIG was able to bargain with its Financial Products employees since these employees have agreed to take salaries of $1 for 2009 in exchange for receiving their retention bonus packages. The fact that AIG engaged in this negotiation flies in the face of AIG’s assertion that it had no choice but to make these lavish multi-million dollar bonus payments."

Federal Attorney General Eric Holder is now working with Treasury to figure out their legal options.

What are the options for the government to make good on their money?

There’s a range of ideas floating around. President Obama ordered Treasury Secretary Geithner to take all legal steps to block the bonuses. The problem is the payments have already been made.

A bipartisan group in Congress is drafting legislation to tax the bonuses, a measure they say would recoup 91 percent of the money. There are no details as yet, and representatives conceded that the law would be difficult to draft. House Majority Leader Steny Hoyer, D-Md., said there might be "issues relating to the 'equal protection clause' in the Constitution that forbids laws that affect certain groups differently.

Rep. Barney Frank, D-Mass., chairman of the House Financial Services Committee, said that as owners of the company, the government should demand that the bonuses be rescinded.

Why didn’t anyone complain when the Bloomberg financial news service reported in January that bonuses would be forthcoming?

One person did. Rep. Elijah Cummings, D-Md., told Bloomberg he was "extremely disappointed – but not surprised – to learn that AIG will be awarding bonuses to the very division that drove the company into the ground."

But other than that, there was very little official response to that story. That’s one of the mysteries of this scandal – why didn’t Geithner act earlier? A House Financial Services subommittee invited the treasury secretary to today’s hearing on AIG bonuses, but Geithner declined to attend.

Didn’t Geithner sign off on the bonuses before he became Treasury secretary?

The bonuses were agreed to in March 2008, long before the company came to the government for help. However, Liddy said at today’s hearing hearing that Federal Reserve Bank Chairman Ben Bernanke knew of the deals months ago.

As we wrote earlier, committee members requested that Liddy provide them with minutes from all meetings with the Federal Reserve Bank, and the New York Fed, where the bonuses were discussed.

Liddy could not recall whether Geithner, as former president of the NY Fed, was present at earlier meetings about bonuses. Geithner’s handling of the bonus issue is increasingly under partisan attack.  Today, Rep. Connie Mack, R-Fla., called for his resignation.

Did AIG renege on an earlier promise not to pay retention bonuses?

AIG agreed with New York Attorney General in October that "no funds will be distributed out of the $600 million deferred compensation and bonus pools of AIG’s Financial Products subsidiary."

Strictly speaking, it seems, AIG did not violate the words of that agreement – the latest bonuses came from a different pool of funds – but it certainly seems that the company violated the spirit of the agreement.

Cuomo subpoenaed AIG for a list of the names of who received bonuses and how much they got. Although there is no official criminal investigation under way at this stage, Cuomo has repeatedly warned AIG that he will take further action "pursuant to New York law."

Which law, specifically? In his letter to Liddy on Monday, Cuomo implied that the payments could constitute "fraudulent conveyances under New York law."

That offense applies to actions taken with an intent to "hinder, delay or defraud either present or future creditors."

Haven’t other companies getting a bailout also paid bonuses?

Yes. Merrill Lynch – which was bought by Bank of America – paid $3.6 billion in bonuses last December, and Bank of America is fighting Cuomo’s attempts to find out who the money went to and how much they got.

JP Morgan is giving bonuses, but the firm must allow shareholders to vote on a proposal to tie bonuses to long-term stock performance, following an SEC ruling on March 9.

Wells Fargo cancelled bonuses to "a handful of top executives." But the bank raised their salaries by a hundred grand, to $700,000.

There are already reports of other bailed out banks, such at Citi, looking for ways to get around restrictions on bonuses.