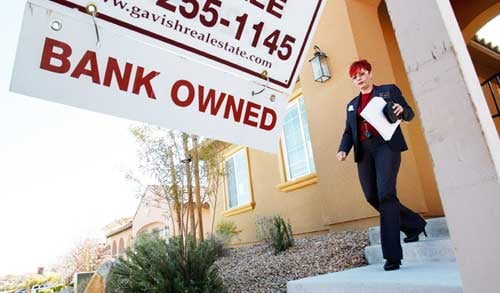 The Hope for Homeowners program was created by Congress last summer to help an estimated 400,000 homeowners avoid foreclosure. But it could more aptly be called the Hope for A Homeowner program, given that just one has used it successfully since its October launch.

But silver linings are hard to come by these days, so we might as well point out that she is one satisfied customer.

"What a relief!" the lucky homeowner from Litchfield Park, Ariz., wrote to her mortgage bank, NationsChoice, in February. "An extra $542 in monthly savings and a $100,000+ principal reduction sure is a relief. Thank you!"

Hope for Homeowners was designed to give people who couldn’t afford their mortgage payments a chance to refinance into a 30-year, fixed-rate loan insured by the Federal Housing Administration, even if they owed more than their home was worth. But the lender would need to reduce the amount the borrower owed before the FHA, a division of the Department of Housing and Urban Development, would insure the loan.

The program has been a flop. But Congress and the administration are trying to rescue it, envisioning it as a key component of the government’s campaign to curb foreclosures. On Wednesday, President Obama signed a bill that includes improvements to the program.

Some think this is a mistake. 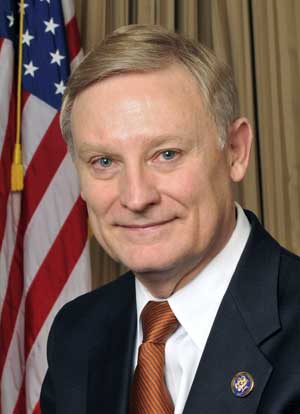 "Hope for Homeowners has been a failure by virtually every metric," Rep. Spencer Bachus (R-AL), ranking member on the House Financial Services Committee, said in a February press release. "And rather than cut taxpayer losses, this legislation aims to fix a fundamentally unfixable program." (Congress allotted the program $300 billion, but none of it has been spent since FHA hasn’t paid out any insurance claims.)

Analysts think the fixes may not be effective.

Guy Cecala, publisher of Inside Mortgage Finance Publications, says the program is salvageable only with "some major, wholesale changes, since no one is using it at all." The legislative changes are "essentially patches," he says, but combined with new efforts from the administration, they may help. Whether they’ll be enough to entice borrowers and lenders to participate is still unclear. He notes, however, that a refinancing program for underwater borrowers is something everyone is eager to see.

So why exactly has Hope for Homeowners been such a failure? According to Cecala, "One of the basic problems is it was designed by Congress. And they put in so many restrictions it was unusable."

Meg Burns, the director of FHA Single Family Program Development, points out some of these flaws.

One, when all the different eligibility requirements are taken into account, "you’ve narrowed the pool of eligible borrowers to a handful," she says.

It’s also expensive for borrowers, who have to pay FHA a 3 percent fee upfront and another 1.5 percent annually. And if they ever decide to sell their homes, even 50 years down the road, they’ll owe the government at least half of the equity created by the refinance. They’ll also have to fork over half of however much their home has appreciated in value since then.

The program has put off lenders, too. "If you want lenders to offer this product," Burns says, "make it simple. Make it easy." Instead, the original legislation included a lot of complicated features that sound good in theory but are actually very difficult to carry out, she says. For instance, the lender has to ensure that the borrower hasn’t been convicted of federal or state fraud in the last 10 years. FHA gave lenders an automated tool to simplify this task, but it doesn’t work in some states, like California.

The program also hinges on lenders volunteering to reduce loan balances. Originally, lenders had to reduce the principal so that it was 90 percent of the home’s current value. In January, HUD raised that to 96.5 percent for borrowers whose mortgage payments made up less than 31 percent of their monthly income and whose total household debt made up less than 43 percent.

But "so far the (lenders’) response has been, we’d rather take our chance with foreclosure," says Cecala, although he notes that the tide may be turning as lenders realize the difficulty and cost of selling foreclosed homes in this market.

Second mortgages have presented a problem, too. Second-mortgage holders must release a borrower from his debt in order for him to qualify for the program. In return, they can take a portion of HUD’s future share of the home’s appreciated value or, as of January, an upfront fee. But the Mortgage Bankers Association said (PDF) in March, in response to HUD’s January update, that these payments were too minimal to encourage cooperation.

Nevertheless, instead of writing off the program as hopeless, Congress deemed it a fixer-upper. The new legislation attempts to address some of the program’s problems and give HUD more leeway to decide how to craft it. Meanwhile, the Treasury Department is offering additional support.

Under the new Hope for Homeowners program, it’s up to HUD to decide as a matter of policy whether borrowers pay lower fees, and they may not have to pay a portion of their rising home value at all. HUD is still working out the details, but Burns says there’s definitely an interest in lowering costs.

The equity-sharing provision will remain, however. The legislation also leaves in the ban on borrowers who have been convicted of fraud in the past 10 years. Cecala thinks this is problematic. A homeowner-assistance effort that attempts to "separate the sinners from the saints" just won’t work, he says.

To spur participation from lenders and servicers, the legislation authorizes HUD to offer them incentive payments, bringing the program more in line with Making Home Affordable, the Obama administration’s program to help up to 9 million homeowners. Cecala calls these "a big carrot that wasn’t there with the program before."

Servicers of second-mortgages will be eligible for incentive payments, too. These payments will help, says Alan White, an assistant professor at Valparaiso University School of Law who wrote a report on loan modifications last year, "but it’s still voluntary. And it’s just very difficult to predict when second-mortgage holders will face reality and accept losses."

Meanwhile, the Treasury Department will require all loan servicers participating in the Making Home Affordable loan modification program to offer borrowers the option of a Hope for Homeowners refinance if they are eligible, it said in an April 28 press release (PDF).

But Rod Dubitsky, head of asset-backed securities research at Credit Suisse and co-author of a report on the Treasury Department’s updates to Hope for Homeowners, points out a problem: Servicers can’t make new loans on their own. The terms have to be approved by a lender, and lenders have no obligation to offer Hope for Homeowners loans. The Treasury Department hasn’t yet made it clear how servicers and lenders should coordinate on this.

Finally, the Treasury Department addressed a problem raised by Chad Fisher, the owner of NationsChoice, the mortgage bank that refinanced the one and only Hope for Homeowners loan.

Smaller mortgage banks like his rely on big banks to buy their loans so they have enough cash to keep funding new ones. His company would gladly refinance loans through Hope for Homeowners as long as there was a market for them, he says, but the big banks just aren’t biting.

This lack of a secondary market for Hope for Homeowners loans was cited by HUD as a "central concern" in a report (PDF) to Congress last December.

The Treasury Department plans to kick-start the market for these loans by buying them itself. It will use authority granted by a broad housing bill passed last summer to do this, but it hasn’t said how much it might spend. Ideally, the big banks will now start scooping up Hope for Homeowners loans and securitizing them because they know they’ll have a buyer: Uncle Sam. In turn, banks like Fisher’s will be able to make more loans.

It may take some time before all these changes are finalized and put into place, but Burns at the FHA is hopeful: "We really want to make this work," she says.

Dubitsky, however, says there is still some uncertainty about whether the government’s changes will be enough. "It may go through a couple more iterations," he says, "but I’m convinced that the complications aren’t so vast that the government can’t fix them."

We’ll check in again after the new program is up and running to see whether participation has increased.