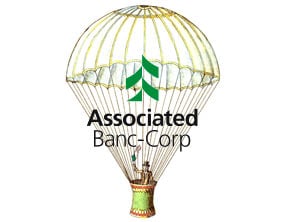 Congress passed legislation in February forbidding any golden parachute payment to an executive leaving a bank that had received TARP money. A golden parachute was defined simply as money given for nothing except that the executive was leaving. (As the legislation puts it, compensation can only be given "for services performed or benefits accrued.")

Binder’s severance agreement, filed last week with the Securities and Exchange Commission,  acknowledges the ban on golden parachutes. But Binder’s payment isn’t a golden parachute according to the agreement: It’s compensation for "services rendered."  Those services? Not competing with the bank.

Binder has agreed not to work for a company that is headquartered in Illinois, Wisconsin or Minnesota,  or to otherwise help any company compete with Associated for one year. In other words, it’s money for not doing something.

"That seems to me to be cheating," Paul Hodgson of the Corporate Library, a corporate-governance research firm, told ProPublica.

The agreement anticipates that the arrangement might not fly with government officials. According to the agreement (see Page 6), if the Treasury Department or the bank’s regulators  determine  that it breaks the ban on golden parachutes, the bank will try to work something out – either by tempering the agreement to conform to compensation restrictions or getting a waiver to break them. If that doesn’t work, the agreement says Ms. Binder will just have to wait until the restrictions are changed or the bank pays back the TARP funds. Then she’ll get her money in a lump sum.

The special inspector general for the TARP is conducting a review of executive compensation at the banks that received bailout money. That audit might be released as soon as July,  a spokeswoman said.

Binder, who received compensation of more than $1.8 million in 2008, quit to "take a step back and think about her priorities," Paul Beideman, the bank’s CEO, told the Milwaukee Journal Sentinel.

Associated did not reply to our requests for comment. We haven’t been able to track down Binder. In the press release announcing her resignation, she said, "I look forward to the next chapter in my career."