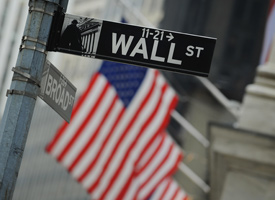 It will come as no surprise that bankers don't like the idea of the government limiting their pay. But the executive compensation limits in the stimulus package are getting criticism from some unexpected sources.

First out of the gate were White House officials, who fear that the restrictions go too far and will undermine the strategy behind the bank bailout plan. Compensation experts have also argued that the limits, which focus on curbing bonuses, could have the perverse effect of boosting salaries.

We gave you the full rundown on the new limits last week. Basically, they go beyond the Obama administration's proposed limits by affecting past and future participants in the Treasury Department's program for "healthy" banks, and limit pay mainly by limiting bonuses to one-third of an exec's total compensation.

Congress' pay limits also differ significantly from the Obama administration's proposal by affecting not only senior executives, but as many as the 20 next highest-paid employees. It's this provision that industry reps say is a deal breaker. It would effectively limit commissions for traders and brokers -- leading, they forecast, to an exodus to companies that didn't take bailout funds.

The White House seems sympathetic to such concerns. The most worrying element of the new plan to them is a provision that allows bailed-out banks to return the Treasury's investment without having to replace that money with private capital. The limits are strict enough, a "senior administration official" tells Bloomberg, that banks might start giving back the money "too quickly -- before credit is flowing freely to consumers and other borrowers -- in order to be able to retain and recruit top talent."

On Sunday, Obama senior adviser David Axelrod acknowledged that the White House didn't support Congress' limits. He said the Obama administration would work with Congress to hammer out "an appropriate approach" to the problem, but when pressed on just what such an approach might be, he retreated to an Obamaian emphasis on the two sides' shared objectives: "I'm saying we all have the same goal. We all have the same sentiment. And we want to do something that's workable, and we'll work with them to get to that point."

Still another criticism of Congress' proposal is its focus on limiting bonuses, which could actually end up boosting salaries. As Lucian Bebchuk, director of the Harvard Law School program on corporate governance, writes in yesterday's Wall Street Journal, "Mandating that at least two-thirds of an executive's total pay be decoupled from performance, as the stimulus bill does, is a step in the wrong direction."

Already there are indications of what a compromise might look like. One "senior bank executive" tells the Journal that the bill could be modified later on to limit its reach to "members of companies' management committees or comparable decision makers." Since the bill allows around a year before the Treasury must implement the new restrictions, those changes could come months in the future.