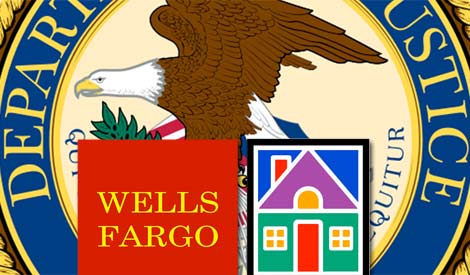 As mortgage delinquencies rise, more and more homeowners are learning the central role that mortgage servicers play in their lives. The legal cases show that role can be distressing. Judges have found that major mortgages servicers regularly mess up basic accounting, improperly credit payments and charge unwarranted fees. They’ve "not done a very good job of keeping the records," said Judge Samuel Bufford of California.

Mortgage servicers — typically either bank subsidiaries or independent companies — handle the day-to-day work with homeowners, ranging from collecting monthly payments to determining when to modify or foreclose. Problems with servicing often, but not always, occur once homeowners start having trouble making payments.

Complaints to the government about mortgage servicers have soared in recent years. They’verisen from 31 percent of the complaints that the Department of Housing and Urban Development received in 2006 to 78 percent in 2008, according to HUD spokesman Lemar Wooley.

Many homeowners in bankruptcy have legal representation and must settle claims with servicers. As a result, the process has revealed and documented a slew of servicer problems.

In many rulings, judges have shown frustration and even outrage. They’ve ruled that servicers have attempted to collect unjustified fees, charged homeowners for unnecessary insurance, failed to properly credit homeowners’ payments and failed to provide evidence to back up fee requests. In most cases, judges demand that servicers fix the problems and unwind the unjustified fees; sometimes, judges award damages and attorneys’ fees.  In one extraordinary case, a judge issued $750,000 in emotional and punitive damages. (We’ve compiled five sample cases and rulings for you to see here.) 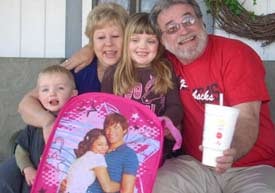 Take the case of Donald and Phyllis Moffitt of Arkansas.  In June 2008, bankruptcy Judge Audrey Evans issued a restraining order against America’s Servicing Company, a division of Wells Fargo, saying it  must stop attempting to collect payments that the Moffitts did not owe.  In a 41-page ruling (PDF), the judge wrote:

"The evidence supports the premise that ASC’s servicing procedures, as exemplified by the Moffitts’ account, are not organized to assure accuracy and accountability. … ASC misapplied these payments, failed to record the correct information even though Mrs. Moffitt constantly called and talked to ASC’s agents, failed to follow her written instructions, failed to communicate with the Moffitts, sent mortgage statements that were incomprehensible and frightening, began collection calls, and engaged in a litany of mismanagement of the Moffitts’ loan."

Wells Fargo did not respond to a call for comment.

A 2007 study looked at a majority of Chapter 13 bankruptcy filings in 2006 and found that in 70 percent of the cases studied, mortgage companies claimed homeowners owed an average of $6,309 more on their loans than homeowners believed.

Problems with servicing are not limited to families filing for bankruptcy, Katherine Porter, an author of the study and an associate professor at the University of Iowa’s law school, testified before Congress last year. She said servicers commonly foreclose when they do not have the legal right to do so, impose unwarranted or illegal fees, and miscalculate how much families owe.

In several instances, judges have taken broad action to address persistent problems with a servicer. This May, Judge Elizabeth Magner in Louisiana said her review of multiple cases involving Ocwen Loan Servicing had shown the servicer regularly acted in "bad faith." The judge said Ocwen had charged improper fees and attempted to collect bankruptcy-related fees after the court closed a case. In one of the cases, Ocwen took 10 months to provide a full accounting of fees.

The judge wrote that Ocwen’s "systematic abuse" required more than monetary sanctions, which had not stopped the behavior in the past, so Magner issued an order (PDF) forcing Ocwen to follow specific accounting procedures.  (We’ve noted before that Ocwen’s servicing procedures have raised eyebrows in the past).  Ocwen’s general counsel, Paul Koches, said the company disagrees with the ruling and is pursuing an appeal in U.S. District Court.

The Justice Department’s United States Trustee Program is a watchdog over the bankruptcy process. Its 21 regional offices oversee more than 1,300 private trustees who mediate between debtors and creditors in individual bankruptcy cases.

The Trustee Program’s annual report said combating servicer abuse (PDF) was a top priority last year. The program initiated 68 actions (PDF) against what it calls "systemic abuse" by mortgage servicers, including 25 large servicers such as Countrywide, HSBC and JPMorgan Chase, according to public documents (PDF) and speeches (PDF).  The Trustee Program has sued Countrywide in at least six states.

Countrywide, now owned by Bank of America, is the largest participant in the federal Making Home Affordable program to modify troubled mortgages. A recent analysis by the Associated Press found that at least 30 of the 38 mortgage companies that have signed up for the program have been sued over their servicing practices.

In response to one U.S. trustee’s suit in Ohio, Judge Marilyn Shea-Stonum ruled in May (PDF) that Countrywide had charged fees with "no factual basis" and wrote: "Countrywide’s system is reckless. It appears to me designed to allow each actor in the process to act with indifference to the truth, and to rely solely on the limited information made available at each step. … [The errors in this case] evidence Countrywide’s disregard for diligence and accuracy."

The judge is currently determining monetary and other sanctions.  Countrywide spokeswoman Shirley Norton said, "We are reviewing the ruling and considering our options."

Private trustees have sued servicers as well. Debra Miller, a private trustee in Indiana, has been active in litigation where servicers haven’t complied with federal regulations. Typically, she said, private trustees try to obtain settlements that are more about changing practices than monetary compensation.  "Our job is to force mortgage companies to improve their systems," she said.

Both the Justice Department and private trustees have stepped in to fill what they see as a regulatory void covering mortgage servicers, according to Andrea Celli, a private trustee in upstate New York.

Concern over mortgage servicing was part of the early discussions about the proposed new Consumer Financial Protection Agency, according to Eric Stein, the Treasury Department’s deputy assistant secretary for consumer protection.  The CFPA, as proposed by the Obama administration, would be the primary watchdog for servicer abuses.

Servicers are resisting the new consumer agency. Paul Leonard, a lobbyist for the Financial Services Roundtable, said his organization’s members believe that there should be better coordination among regulators and that existing agencies can handle the responsibility.

Tara Twomey, a lecturer at Standford Law School who co-authored the large study of bankruptcy cases, says that more regulation would help, but it would only be a "Band-Aid."  "The more fundamental problem is one of market structure," she said. "Borrowers don’t get to choose their servicer."