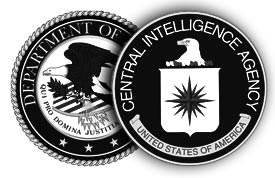 Today the Justice Department’s Office of Legal Counsel released a handful of legal opinions, dating from as far back as November 2001, about such minor issues as, oh, the war in Iraq and counterterrorism. We are reviewing the documents. But early word from legal experts is, today’s list is most interesting for the memos it doesn’t contain.

The OLC, the most powerful cadre of lawyers in the executive branch, gained fame under this administration for generating the so-called torture memos. Those are the ones that purportedly justified CIA "enhanced interrogation" techniques such as waterboarding. Many of them were not released today. Nor were some two dozen others having to do with surveillance, military commissions and executive power, according to Jameel Jaffer, director of the ACLU’s National Security Project, which has sued to obtain the memos under the freedom of information law.

"Hundreds or even thousands of Americans were subjected to warrantless wiretapping – and thousands of prisoners at Guantanamo and in Afghanistan and Iraq were abused or tortured – as a result of the still-secret memos," Jaffer told ProPublica. "The public has a right to see these memos, and they should be released immediately."

DOJ spokesperson Peter Carr, asked whether those memos would be made public before the Bush administration exits – and if not, why not – checked with the OLC attorneys and responded: "While I cannot speak to specific opinions, in general, each publishing decision is made on a case-by-case basis and requires that releasing the opinion would be consistent with executive branch confidentiality interests, including the need to protect both attorney-client confidences and classified information." (He said today’s released memos had previously been provided to the Senate and House Judiciary Committees.)

Of security concerns, Jaffer said, "There may be a need to redact a very limited amount of information for that reason. But most of it is being withheld not for legitimate security reasons, but to protect senior officials from embarrassment and criminal liability."

Pursuing embarrassment and/or criminal liability for senior Bush officials has been a favorite topic of late in liberal legal circles. As Glenn Greenwald recently wrote for Salon, Obama’s pick for OLC chief, Dawn Johnsen, herself has "lambasted" the Bush administration’s interrogation and surveillance stances – and its secrecy – in no less open a forum than Slate.

Obama’s transition press office didn’t immediately respond to our inquiry about Johnsen’s plans for those still-secret memos and the officials who sought or acted upon them, but we’ll keep asking.

But in an essay last March, Johnsen, a former ACLU attorney, came quite close to calling for a public reckoning for what Greenwald has dubbed "Bush’s serial lawbreaking." Johnsen wrote: "We must resist Bush administration efforts to hide evidence of its wrongdoing through demands for retroactive immunity, assertions of state privilege, and implausible claims that openness will empower terrorists."

She said, "We must avoid any temptation simply to move on."