For 20 days in 2002, the CIA interrogated Abu Zubaydah at a secret “black site” prison in Thailand, believing him to be a top al-Qaida operative with information about impending attacks on the United States.

Through recently released cables obtained by the American Civil Liberties Union and Zubayadah’s own account to his lawyers, which has also been recently declassified, a chilling picture has emerged of just what transpired on those days and who oversaw it.

While Zubayadah was held in isolation, CIA operatives prepared an “enhanced interrogation” regimen while awaiting orders from Washington. The plan was detailed in cables from Thailand:

The “IC SERE psychologists” were James Mitchell and Bruce Jessen, architects of the enhanced interrogation program that was designed to break Zubaydah, and was subsequently used on other detainees at the CIA’s secret prisons around the world.

After receiving approval, the torture began:

A “confinement box” was built especially for Zubayadah: 85 inches long, 30 inches wide and 20 inches deep. He was told it would be “his new home.”

Zubayadah describes being placed into the box for the first time, still shackled, and supplied with a bucket for his waste:

While Zubayadah sat inside the box, he heard sounds of construction as workers built a new plyboard wall inside the cell. Its purpose was to slam Zubayadah against during interrogations, a practice referred to as “walling.”

After more than four hours in the box, Zubayadah was removed and the walling began:

Zubayadah’s own account of the walling is less prosaic:

After the walling finished, Zubayadah was placed inside a smaller confinement box — 21 inches wide, 2.5 feet deep and 2.5 feet high.

Zubaydah was kept in the smaller confinement box for a little over an hour, after which the interrogators returned. Moments later, he was tied down and waterboarded for the first time.

Waterboarding sessions were frequently paused so Zubaydah could vomit.

After spending another night in the large confinement box, Zubaydah was waterboarded again, threw up, and was put back in the small confinement box. The cycle repeated itself day after day.

Throughout the waterboarding, walling, confinement and sleep deprivation, Zubayadah frequently protested that he had no further information to give.

At one point, Zubayadah was questioned while standing naked in front of a woman:

Several days into the sessions, the team reported to CIA headquarters that it was possible Zubayadah might not in fact possess any additional relevant information:

The CIA team understood that none of the information they might obtain through these methods could be used in court against him.

But the torture continued… 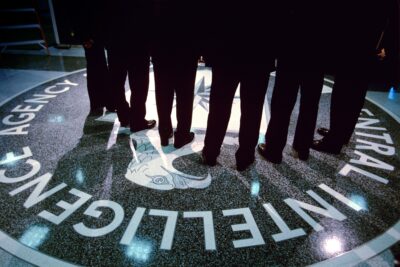 Correction: Trump’s Pick to Head CIA Did Not Oversee Waterboarding of Abu Zubaydah

ProPublica erred when it reported in 2017 that Gina Haspel was in charge of a secret prison in Thailand during the infamous interrogation of an al-Qaida suspect.

Correction, March 15, 2018: On Feb. 22, 2017, ProPublica published a story that inaccurately described Gina Haspel’s role in the treatment of Abu Zubaydah, a suspected al-Qaida leader who was imprisoned by the CIA at a secret “black site” in Thailand in 2002. [Read the retraction.(https://www.propublica.org/article/cia-cables-detail-its-new-deputy-directors-role-in-torture)

Correction, March 15, 2018: This story originally reported that Gina Haspel was “chief of base” at the CIA facility in Thailand at the time Abu Zubaydah was tortured there. That assertion was incorrect, as we explain here.