Company pensions are no longer a trapping of the American life. A report by the Government Accountability Office issued last month found that about half of employers with defined-benefit pension plans have frozen one or more of those plans. But just as American is the execs' golden parachute, often at the expense of the little guy. 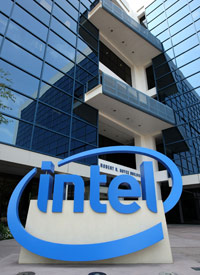 So this is an American story. The Wall Street Journalreports today on how some companies have very quietly loaded executives' benefits onto their pension plans. The advantages for the companies are manifold: They get to reap tax breaks intended for regular pensions and their execs get the security of having their retirement benefits backed by the funds. The catch: The move could put the pension payments for company employees -- who often have no clue about the arrangement -- in jeopardy.

The IRS says that for a company to get tax breaks for its pension fund, the fund cannot disproportionately benefit its highest paid workers. Because of that rule, companies had previously set aside "supplemental" executive pensions, which don't get tax breaks.

But some companies have figured out a way to load those executive benefits onto rank-and-file plans. The trick is just to make sure that the ratio between low- and high-paid workers still fits. The Journal writes that methods range from a kind of gerrymandering ("carefully moving employees about, in various theoretical groupings, to achieve a desired outcome") to counting Social Security as part of the pension. ("This effectively raises low-paid employees' overall retirement benefits by a greater percentage than it raises those of the highly paid.")

There's no easy way to identify how many companies have chosen this arrangement, but the Journal manages to find a few: Intel and Oneida among them. Intel, in fact, is spotlighted for being particular shrewd. They moved $200 million in exec benefit obligations into the fund, while investing $187 million in cash. The move won the company $65 million in tax breaks this year and enabled it to "book as much as an extra $136 million of profit" over 10 years.

Intel told the Journal the arrangement doesn't hurt lower-paid employees because most don't profit from the company's plan. Instead, they get their benefits from a profit-sharing plan, with the pension serving as backup.

The story offers a number of examples of companies where the added obligations contributed to pension funds' failure, Oneida among them. (Oneida is now under new management.) In some of those cases, lower level employees had their pensions cut sharply as a result.

But it's not easy even for employees to know whether their company has decided to follow this strategy. That's because consultants know it wouldn't prove popular:

Generally, only the executives are aware this is being done. Benefits consultants have advised companies to keep quiet to avoid an employee backlash. In material prepared for employers, Robert Schmidt, a consulting actuary with Milliman Inc., said that to "minimize this problem" of employee relations, companies should draw up a memo describing the transfer of supplemental executive benefits to the pension plan and give it "only to employees who are eligible."