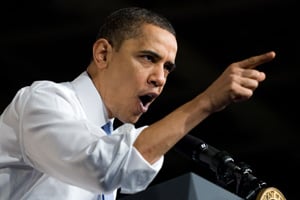 There's been a lot of buzz this week about the questionable constitutionality of a tactic House Democrats may use to pass the controversial Senate health care bill. By using the so-called deem and pass maneuver, they wouldn't have to vote explicitly for the bill. Instead, they would vote on fixes to the bill -- or maybe on rules for debating the fixes to the bill -- and agree that those votes would count as votes on the bill itself. Congress would then send the health care bill -- explicitly passed by the Senate and "deemed" to have been passed by the House -- to the White House for President Obama's signature.

A written measure proposing to deem the health care bill passed might emerge on Saturday, according to Vincent Morris, spokesman for Rep. Louise Slaughter, D-N.Y., who chairs the House Rules Committee.

Some critics, most prominently former federal appeals court judge Michael McConnell, say this strategy is too roundabout to meet the Constitution's requirement that both chambers of Congress approve a law before it can be considered valid. "These constitutional rules set forth in Article I are not mere exercises in formalism," McConnell wrote ($) this week in the Wall Street Journal. "They ensure the democratic accountability of our representatives."

The issue is more than academic. It raises a question with very real stakes: Could using "deem and pass" result in the undoing of historic health care legislation by a decision of the Supreme Court?

A number of legal experts -- who, like politicians, never say never -- say it's highly unlikely, but not impossible. They've raised at least three major obstacles that would have to be overcome before such a result could come to pass.

That rules out angry Republican legislators, says Erwin Chemerinsky, who is dean of U.C. Irvine's law school and a widely respected scholar of the legal and diplomatic intricacies of federal court decision-making. Chemerinsky tried and failed to mount a similar challenge to the Deficit Reduction Act of 2005 on behalf of angry Democratic legislators, -- including Slaughter, who happens to have come up with the current "deem and pass" idea, nicknamed "the Slaughter solution."

In that case, no one disputed that the House and Senate had passed technically different versions of a bill -- the House version permitted certain Medicare payments for 36 months, while the Senate version stated 13 months -- or that President George W. Bush had signed the Senate version rather than wait for identical language to emerge from both bodies. "A different bill passed the House and the Senate, in clear violation of Article I, section 7" of the Constitution, said Chemerinsky.

Even so, the Democrats were quickly thrown out of court. A federal judge explained that their claim of having been cheated out of the legislation they wanted wasn't the kind of injury a lawsuit could resolve. The same barrier would probably stop legislators or interest groups seeking to attack the pending health care law, according to Chemerinsky.

In an e-mail exchange with ProPublica this week, McConnell said that coming up with the right scenario to challenge a "deemed passed" health care law would be "complicated." But he suggested it wouldn't be impossible.

He pointed to a 1998 Supreme Court case, Clinton v. New York, which struck down the Line Item Veto Act as unconstitutional. By passing that law, Congress had tried to give the president unilateral authority to delete parts of spending measures rather than send back entire bills for the legislature to rework to his liking. The Court said Congress had turned over its lawmaking duties to the president, which the Constitution forbids. The successful plaintiffs in that case -- the City of New York and a group of potato growers in Idaho -- alleged they were at immediate risk of suffering economic harm because the president was vetoing measures they'd been relying on to make financial plans.

Someone could claim that the health care overhaul causes a similarly concrete injury. The bill's proponents are touting the immediate and tangible impact the measure would have on certain businesses and individuals.

Even a plaintiff with a solid claim would have to persuade a court to decide the case rather than dismiss it based on what's known as institutional deference. Essentially, that means the judiciary would take Congress at its word if it says that "deeming" a bill passed is the same as passing a bill, without getting into the constitutional issues, according to Chemerinsky. Convincing a court that it should do otherwise is highly unlikely to happen, he says. Under a long-standing rule, courts generally won't question whether a bill was properly passed as long as the House speaker and the president pro tempore of the Senate -- currently, Nancy Pelosi, D-Calif., and Robert Byrd, D-W.Va. -- say it was. The idea is to avoid a flood of lawsuits challenging the sausage-making procedures behind federal statutes.

McConnell -- who in addition to having been a federal appeals court judge has argued 11 cases before the Supreme Court, clerked for the famed liberal justice William Brennan and now teaches constitutional law at Stanford -- has found a possible way around this rule. He e-mailed ProPublica a citation to a footnote in a 1990 case, where the Supreme Court said that rule of deference couldn't stop the courts from doing their duty "to review the constitutionality of congressional enactments."

Finally, a plaintiff who got past these initial hurdles would have to make a winning constitutional argument. That's where things would really get sticky. McConnell thinks the case is clear: To be constitutional, the bill that becomes a law must have "passed both houses in the same form," he contends. A House measure implicitly passing the Senate bill is not the "same form" as the Senate bill, he says. For a resulting health care law to be constitutional, he said, the House must pass exactly the Senate bill, or both chambers must start over and agree to pass some identical bill.

But not everyone agrees that the constitutional requirement is so technical -- that to pass a bill, both chambers have to pass it in "the same form." The "same form" language doesn't appear in the constitutional section McConnell cites.

Yale constitutional scholar Jack Balkin argues that a House measure that clearly incorporates the text of the Senate bill would be good enough. McConnell's Stanford colleague, Pamela Karlan, who also clerked at the Supreme Court and now leads students in litigating before the justices, agrees that the Constitution's requirement may not be so rigid.

McConnell's main support for his view is the line-item veto case, where the Supreme Court declared that a law is validly enacted only if "(1) a bill containing its exact text was approved by a majority of the Members of the House of Representatives; (2) the Senate approved precisely the same text; and (3) that text was signed into law by the President."

Could a House measure deeming the Senate bill to be passed amount to the same thing as a bill "containing" the Senate bill -- as his counterparts suggest it could? McConnell did not respond to this last query.

Already the legal debate has taken on a political reality. Congressional Republicans are predicting legal challenges, should the House choose to "deem" the health care bill to be passed.

But Democratic leaders don"t appear to be worried. Rep. Slaughter said in an e-mail to ProPublica that the tactic was routine and that an indirect vote for the Senate bill should be viewed as "an up or down vote on the bill."

The White House didn't respond to a request for comment. But President Obama has been brushing off worries about legislative procedure, saying in one television interview, "If people vote yes, whatever form that takes, that is going to be a vote for health care reform."