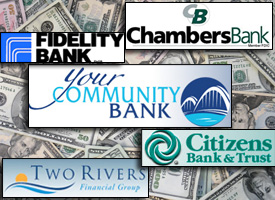 The Capital Purchase Program was originally intended in part to spur lending, but Treasury's latest monthly report shows that banks in the program actually reduced both consumer and commercial lending between February and March.

As these smaller banks want in to the program, it seems like other banks can't wait to leave. JP Morgan, American Express and Morgan Stanley said this week that they're planning to sell stock to help repay the government. This comes after Treasury's surprise announcement that the 19 banks to participate in the stress tests must first raise new capital before repaying TARP.