The root causes have been at play for years. The neglect of America’s elections infrastructure, after all, has persisted, and all levels of government are responsible. And since the Supreme Court in 2013 voided a key part of the Voting Rights Act of 1965, local governments have been emboldened in crafting hotly debated requirements for people to cast their ballots.

But that is not the whole story of what happened last Tuesday. A handful of states had ballot measures aimed at making it easier for people to vote or designed to take some of the politics out of how the country’s electoral districts are drawn up. In nearly every case, Americans seized the opportunity — with what the vote totals suggest was enthusiasm.

Three states passed same-day or automatic voter registration measures. Voters across the country complained of confusing registration requirements and deadlines, or of arriving at their polling place to find they were no longer on the rolls there. In two states, this will cease to be a problem. Maryland and Michigan will now allow their citizens to register on the day they vote. Michigan and Nevada will now allow citizens to register to vote automatically when they interact with a state office, such as applying for a driver’s license, which will speed up the process and reduce registration errors.

In Colorado, Michigan and Missouri, voters overwhelmingly approved measures that aim to limit or end gerrymandering, the process by which the party in power can draw districts to boost its chances of winning. They did so in two ways: either by empowering an independent commission to draw the boundaries or curtailing the power of a single party to draw the lines on its own.

These states are not blue bastions, where such votes might be expected. Utah, too, approved an independent commission to draw its district lines, though by a narrower margin. And while such measures have not always been effective — the independent commissions can wind up not so independent, as happened in California — they often do address the frustration felt by many voters who think their districts have been manipulated.

And perhaps most immediately meaningful, Florida approved — with 65 percent of the vote — a measure to restore the voting rights of those with felony convictions who have completed their sentences. Florida previously had more felons barred from voting than any other state in the country; its vote on Tuesday instantly restored civil liberties to 1.4 million people. Notably, even in a state as fiercely contested as Florida, where governor and senate races may be headed for recounts, there was no organized opposition to overturning the law, a relic of the Jim Crow era.

For those heartened by the voter expansion measures, there are surely limits to the optimism. The efforts to enforce stricter voting requirements in states from Georgia to Wisconsin are not going away. And neither is the litigation that almost always follows. 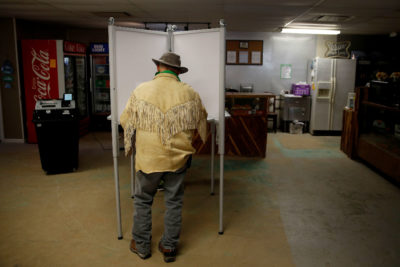 ProPublica’s Electionland project in 2018 brought together dozens of newsrooms from around the country, including The New York Times, to chronicle real-time developments in Tuesday’s vote. The newsrooms processed thousands of tips about voting problems and captured the latest concerns about who exactly got to vote, and why so many felt shut out. It was a busy day full of lots of national unhappiness and suspicion.

For example, Georgia saw lines, exacerbated by broken machines and inadequate supplies, grow more than five hours long in predominantly minority neighborhoods. The state’s race for governor was itself a proxy fight on voting rights, pitting Democrat Stacey Abrams, a voting rights advocate, against Republican Secretary of State Brian Kemp, who critics say has ushered in a wave of voter suppression measures. Kemp, who as secretary of state oversaw the very election he was running in, fought to the end to keep a ballot system that nullified votes if an election judge ruled that signatures did not match, all without giving voters an opportunity to prove otherwise.

Still, in a midterm election that saw higher turnout than any since the mid-1960s, what happened in states as different as Nevada and Michigan might portend something significant: that the country’s collective frustration with voting rights issues, which has festered for decades, is approaching a tipping point.