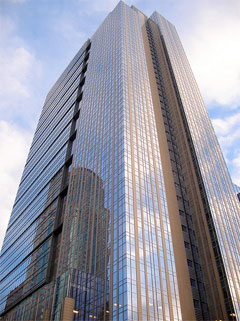 Congressional Democrats and now the White House are begging banks to lend out the bailout money they’ve received instead of using it to acquire other banks. This morning, we said we would find out what experts think of banks using the money to merge rather than lend. Well, we made a few calls and here’s what they told us: It isn’t necessarily so terrible for banks to be merging right now. Or maybe it is. But either way, expect higher ATM fees.

The Treasury’s bailout of banks was sold as a way to get them to start lending to one another and to businesses, and to thaw the frozen credit market. Without credit, businesses can’t function normally, people get laid off and our economy screeches to a sickening halt.

Now instead of using the money to lend, banks are using it to bulk up their capital case (i.e. the amount of money they have on hand). Acquiring other banks can be a way of doing that, analysts told us.

“It is constructive because otherwise what those banks would be doing is selling assets or contracting their balance sheets,” said Desmond Lachman, resident fellow at the American Enterprise Institute and former strategist at Salomon Smith Barney. “What they’re doing is the right thing to do.”

Charles Morris, who predicted the current turmoil in a book titled The Trillion Dollar Meltdown, agrees.

“Mergers are used to strengthen banks' capital base. That kind of makes sense,” he said. “A bigger bank can use capital more efficiently.”

It also may mean cutting branches or laying people off, he said. But since there’s no shortage of banks in the U.S., it may be good in the long run to shrink the whole sector.

But some analysts say that more mergers could translate into more risk for the banks and costs for consumers.

“The benefits are that we’re potentially shoring up banks that are having difficulty,” said David Scharfstein, professor of finance and banking at Harvard University. “The cost is that we’re bringing on to the balance sheets of healthy banks these troubled assets. The question is, what will the lending policies of the merged banks be like?”

Scharfstein said that mergers could actually hinder the ability of previously healthy banks to make loans, because junk acquired from sick banks would shrink their capital.

Should banks have been required to make loans as part of the deal they struck with the Treasury? Economists are generally slow to advocate government intervention in how companies operate.

But this time is different, says Gary Dymski, a former University of California economics professor who has written about bank mergers.

“The thing we have to ask is, if we’re using the people’s money to recapitalize these institutions, shouldn’t we have accountability for them to lend?” he asked.

In any case, a more concentrated banking sector may mean a less competitive one. There are already fewer big national banks than there were a few months ago.  For you and me, that might mean higher fees.

“Those big banks will charge systematically higher fees, charger higher interest on loans, their penalties—all that stuff will be higher,” said Dymski.