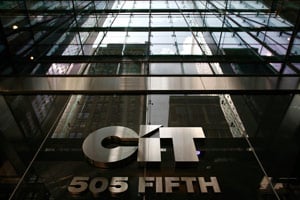 The government has doled out billions to 687 banks over the past year through a program meant to bolster already "healthy" banks. But an increasing number of those are troubled. Four banks in particular are foundering, including one that has acknowledged its executives cooked its books.

As then-Treasury Secretary Hank Paulson explained last October, the Capital Purchase Program was aimed at boosting the overall economy by investing in banks that "will deploy, not hoard, their capital." Each bank seeking the money first had to win approval from its regulator, but the Treasury Department made the final decision.

The fact that even a small percentage of the banks are in such dire condition less than a year later raises questions about how they were approved for funds in the first place.

Some analysts have criticized regulators for choosing apparently unhealthy banks, while others have said it's an understandable consequence of the pressure regulators felt to speed the review process. One reason it's hard to settle: Treasury has released only the general outlines of the bank reviews – the records for each individual review are kept secret.

CIT is the largest of the troubled banks. Despite receiving $2.33 billion from the Treasury last December, CIT has been treading water for months. The company has said that if its bondholders don't agree to a restructuring plan it proposed earlier this month, it may file for bankruptcy protection.

The Treasury could lose the entire $2.33 billion in bankruptcy. Its investments in the banks were made in the form of preferred shares, and "preferred shareholders generally do not fare well" in a Chapter 11 bankruptcy, said Robert Lawless, a bankruptcy expert at the University of Illinois College of Law.

Bleak as the company's prospects are now, they weren't much brighter when regulators approved CIT for the investment. The company, which specializes in lending to small and midsize businesses, had been struggling since 2007 due to the tightening of the credit markets, which it relied on to fund its business. Over the course of 2008, its stock dropped more than 80 percent.

CIT's plan to save itself began and ended with government help. First, the company planned to convert into a bank holding company, which, among other things, would allow it greater access to loans from the Federal Reserve. To do that, it needed the Federal Reserve's permission. The Fed demanded that the company increase its capital cushion; a big part of that capital would come from the Treasury.

The company's plan fell apart when another government entity, the Federal Deposit Insurance Corporation, refused to approve it for a different program. The FDIC's decision that guaranteeing CIT's debt would be too risky plunged the company into crisis -- and led to a request for even more TARP help from Treasury. This time, the answer was no.

The descent of San Francisco-based United Commercial Bank has been more precipitous. Analysts say it is in danger of being closed and sold by the FDIC given the findings of an internal investigation that the bank revealed last month. The bank's earlier disclosures of its financial health were unreliable, the bank said, partly because some of its executives, "driven by an apparent desire to downplay deteriorating financial conditions," had fudged losses and misled its auditors through "deliberate and improper actions."

Regulators ordered that changes be made. The bank must raise capital and deal with its "large volume of poor quality loans," reads the Sept. 3 order. The bank's CEO and COO resigned. The CFO was demoted. Meanwhile, the bank is restating its earnings going back to last year, when regulators evaluated the bank and approved it to receive $299 million.

Acting CEO Doreen Ho told us the bank, which focuses on Chinese communities in the U.S. and American companies doing business in China, has a "strong franchise, and we believe we are making progress through our aggressive plan that addresses our operating challenges."

As for what would happen to those taxpayer millions if the FDIC were to close a TARP recipient, FDIC spokesman Andrew Gray said that secured creditors, the FDIC and uninsured depositors would all have priority over preferred shareholders (in this case, the taxpayers). The FDIC has closed 99 banks so far this year (see our interactive list), none of them TARP recipients.

AnchorBank of Wisconsin is another "healthy" bank that found itself in trouble mere months after it received government money. Regulators cracked down on AnchorBank in June, less than six months after it received $110 million from the Treasury, and ordered (PDF) it to raise its capital cushion to absorb bad loans. If the bank doesn't meet regulators' targets, it risks a greater crackdown, including being placed in conservatorship or receivership, the bank disclosed in August.

As of the end of June, the bank still didn't have enough capital. AnchorBank’' prospects got even bleaker last month, when it reported that it would have to restate last quarter's earnings to reflect much larger losses. It said it would do so late last month, but never did. The bank did not respond to requests for comment.

Much smaller Pacific Coast National Bank of San Clemente, Calif., is also in trouble. When it announced that it had gained approval to receive $4.1 million from Treasury last December, its CEO boasted that the bank was well capitalized. Four months later, the bank said it had recently discovered its loan portfolio was much worse off than it had appeared. Rather than being healthy at the time Treasury invested the funds, it had actually been "significantly undercapitalized."

The taxpayer millions helped, but in August regulators ordered the bank to raise capital and come up with a plan to save the bank. The order says (PDF) that if regulators don't accept the plan to save the bank, the bank must submit another -- this one to sell, merge or liquidate the bank. The bank's capital levels remain far below those required by regulators, and the bank says it's at risk of receivership if its situation continues to deteriorate.

Altogether, most TARP recipients seem to be weathering the storm without too much distress, a fact that a Treasury spokeswoman emphasized when asked for comment. SNL Financial, a research firm, reported this month that 33 financial institutions did not pay dividends on Treasury's investment in August, an indication that those banks are worried about preserving capital. That's about 5 percent of the 687 banks. We reported earlier that 18 banks had not paid dividends in May.

All in all, there are hundreds of troubled banks in the U.S. There are 478 total banks on a "problem bank" list maintained by the financial blog Calculated Risk. Twelve of them are TARP recipients.