Qualified homeowners are being routinely denied loan modifications through the Obama administration’s Making Home Affordable plan, but they have little recourse to correct the mistaken denials, housing advocates say. In the absence of an effective appeals process, some borrowers have improvised their own solutions: They turn to journalists or congressmen – or take Treasury Secretary Timothy Geithner to court.

According to the government’s latest public figures, less than 12 percent, or roughly 360,000, of the borrowers projected to pass the program’s initial eligibility test had received loan modifications by the end of August, about five months in. The process of reviewing those borrowers for final qualification has been "pretty haphazard," according to Geoff Walsh of the National Consumer Law Center.

"People are wrongly denied all the time. Every day," said Irwin Trauss, supervising attorney at Philadelphia Legal Assistance. "The lenders are generally applying the criteria incorrectly."

Under the program, the government pays mortgage servicers to reduce borrowers’ payments. The servicers have signed contracts agreeing to abide by the government’s eligibility parameters, but the servicers determine whether a borrower meets them.

As we reported last month, when mistakes are made, it’s difficult – often impossible – for borrowers or housing counselors to catch them because servicers typically keep their calculations in the dark.

In July, four homeowners in Minnesota sued the Treasury Department for not creating an appeals process for denied homeowners. One plaintiff received a "boilerplate" denial letter from his loan servicer that listed "theoretical examples of the reasons for a denial," none of which applied to his case, according to the complaint.

The Treasury Department responded that borrowers have had access to a "Hope Hotline Escalation Team" since July 10, which "provides an avenue for borrowers to complain about improper denials and receive an explanation for their denial." But Trauss said that no one in his office, which works with 30 housing agencies, had ever heard of that resource. "It does not seem to be very well advertised," he said.

Diane Thompson of the National Consumer Law Center said the hotline is "useless": poorly promoted and ineffective. "All the Hope hotline can do is ask (servicers) nicely to please think again," she said, adding that she knows of no one who has gotten results from it.

A spokeswoman for the Treasury Department said that, as of today, mortgage servicers will be required to report the basis for denial to both the government and the borrower. Freddie Mac has also begun auditing a sample of borrowers who were rejected, although it’s not clear when those results will be made public, she said.

Thompson said that "at a bare minimum," there should be a number at Treasury or Freddie Mac where borrowers have access to an independent review of their denial, with the servicer bound to the outcome. The Treasury spokeswoman said that servicers have been asked to develop their own processes for dealing with borrower complaints.

In lieu of a formal appeals process, some frustrated borrowers have had success going to the media. Servicers often reverse their decisions when contacted by a journalist, said Guy Cecala, publisher of Inside Mortgage Finance.

Last month, NPR broadcast a report from Bank of America’s home retention department. During the visit, a reporter looking over the shoulder of a company employee thought she had incorrectly rejected a customer from the Making Home Affordable program. The employee stuck to her position, but when NPR inquired with her supervisors, they realized that the reporter was correct and offered the homeowner a modification. The company said it would have caught the mistake eventually. Another homeowner who had been repeatedly denied a modification on the phone was also offered one after NPR questioned the company about the basis for that denial. 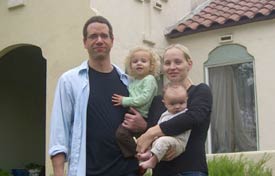 Last month, we wrote about Ian and Megan Bearce of Glendale, Calif., who had been asking Bank of America for a loan modification for months. They finally got one on Sept. 8, but Megan says they began making progress only after ProPublica got involved and Bank of America plucked them out of the obscurity of the home retention department.

"From the sounds of it, several people have been told of our case, and we’re a priority," she said on Sept. 1. She said it was "quite a difference" from the long hold times, missing faxes, delayed deadlines and unreturned phone calls they had endured before.

The Bearces were assigned a case manager the day after we asked Rick Simon, a company spokesman, about their case. A few days after the story was published, they were transferred to the media department, where Megan said their contact was "very helpful" and took the time to fully answer all their questions – a first for them.

"It's so sad that it took four months to get this done with so much help," she said, "and that for others who don't have these resources, it's probably impossible."