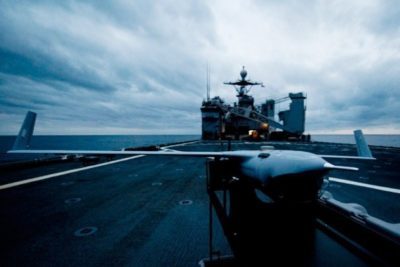 The U.S. drone war remains cloaked in secrecy, and as a result, questions swirl around it. Who exactly can be targeted? When can a U.S. citizen be killed?

Another, perhaps less frequently asked question: What happens when innocent civilians are killed in drone strikes?

In February, during his confirmation process, CIA director John Brennan offered an unusually straightforward explanation:  “Where possible, we also work with local governments to gather facts, and, if appropriate, provide condolence payments to families of those killed.”

There’s little documentation of where and how such payments are being made. The government has released almost no information on civilian casualties sustained in drone strikes conducted by the CIA and the military in Pakistan, Yemen and Somalia. Officials maintain they have been “in the single digits” in recent years, while independent researchers put the total for the past decade in the hundreds.

Certainly, though, drone strikes and condolence payments make for a striking match: The technological apex of war combined with an age-old method of compensating loss.

Such condolence payments featured prominently in the wars in Iraq and Afghanistan. They are now embraced by many military commanders and by human rights advocates, some of whom are pushing for a system to govern what had been an ad hoc practice for most of the 20th Century: recognizing the dignity of life, even during war, and even with what might seem like a mere token  acknowledgement.

The history of condolence payments

Condolence payments may be rooted in ancient custom, but they are a relatively recent addition to the terms and conduct of modern warfare. Neither U.S. nor international humanitarian law requires them, and they aren’t, in technical terms, an admission of wrongdoing.

In fact, the Army regulation on such payments (which are also called solatia) describes them as “an expression of sympathy toward a victim or his or her family,” in keeping with local custom. According to Center for Civilians in Conflict, an advocacy organization, the U.S. tradition of such payments dates back to the Korean War.

Foreign civilians have long had some recourse for compensation through the Foreign Claims Act, which permitted payments for damages caused by U.S. troops.

But the law doesn’t cover anything that happens during active combat – a significant exception in situations where U.S. troops are on the ground, intermingled with civilian populations. The line between combat and non-combat isn’t always clear. And even when soldiers feel their actions were justified, it is often to their advantage to recognize the harm done.

“Under the law of war, you can kill civilians, as long as their deaths are proportional to immediate military gain,” said Gary Solis, a professor at Georgetown Law. “But as a nation, we recognize it’s important to gain the trust of the people. As the complexion of war has changed, the significance of these payments has too.”

Condolence payments came to be seen as a key part of the battle for “hearts and minds” in Iraq and Afghanistan. But their implementation began slowly, and was marred by inconsistency. The U.S., after pressure from military lawyers and other advocates, allowed payments fairly early on in the Iraq War. But in Afghanistan, they were not approved until 2005.

“It wasn’t always popular with the soldiers, who would say, ‘We’re at war,’” said retired General Arnold Gordon-Bray, who led the 2nd Brigade of the Army’s 82nd Airborne Division in the first months of the invasion of Iraq. “But I would say, ‘We are going to leave, and the only thing that’s going to remain is the perception of America.’”

Gordon-Bray described scraping together cash for informal payments before they were officially approved, and before Congress funded a cache of spending money for condolences, humanitarian assistance, and other “goodwill” projects. (In Afghanistan, the military continues to distinguish between those congressionally funded “condolence payments” and “solatia,” which come out of a unit’s operating funds.)

Even once the payments were officially authorized, the policy for implementing them wasn’t clear or standardized and not all units paid them. For the local Iraqi population, there was often a lack of awareness about such payments and confusion about how to receive them.

Gordon-Bray said his team sometimes sought out surviving family members after a death. Soldiers also left cards behind after operations explaining how families could make claims.  Other times, the onus was on the victims to identify the unit that had caused the damage, to collect evidence, and to bring it to the military’s attention.

A military lawyer who served early on in Iraq told Congress in 2009 he occasionally had to turn down claims for lack of funds. He also said “two Iraqis who suffered substantially the same harm in different areas of the city would be treated very differently depending on what office they went to inside Baghdad to file their claim. [The] lack of standard rules really caused a lot of heartache.”

There is little public documentation of condolence payments, though some batches of claims have been released. The details in those claims are scant, but often revealing about the relationship between soldiers and civilians.

One record, obtained by the American Civil Liberties Union, authorizes $1000 for “a Solatia payment for a lady whose son was killed by coalition forces.” He had been shot in downtown Kabul when troops fired to disperse a crowd. An email noted the mother had been given “a complete runaround” in tracking down compensation.

In 2006, soldiers fired on a taxi that did not slow down at a military checkpoint in Iraq, killing a woman inside. The military determined the checkpoint wasn’t adequately marked, and her family received a large payment, of $7,500.

“It’s hard to digest that the value of a human life is a few thousand dollars,” said Gordon-Bray, the general in Iraq. “But you know that in their economic situation, it is the equivalent of much more, and you feel better.”

Today in Afghanistan, according to a Pentagon spokesman, condolence payments can be up to $5,000 for a death or injury, or $5,000 for property damage. Greater amounts can be approved in certain cases. In fiscal year 2012, the U.S. made 219 payments, totaling $891,000, according to a spokesman for U.S. forces in Afghanistan. (Solatia are not included in those figures.)

“The people we meet don’t talk about the money so much as how they felt when they shook someone’s hand—the recognition,” said Erica Gaston, a senior program officer for the United States Institute for Peace, who works on Afghanistan issues.

According to Gaston and other advocates, it wasn’t until 2008 that payments became commonplace among U.S. and coalition troops in Afghanistan, as part of a new emphasis on counterinsurgency.

Marla Keenan, managing director of the Center for Civilians in Conflict, said that that year saw a “strategic shift to ‘hearts and minds,’ which started to change the way commanders viewed condolence payments. It was a tool they could use to deal with populations.”

In 2007, General David Petraeus, then head of U.S. forces in Iraq, described the tactical element of condolence payments: “The quicker you can do it, the more responsive you can seem to be…the more concerned you are, the more valuable it is, and the more helpful it is to your operation.”

General James Conway, of the Marine Corps, was a bit blunter: “It doesn’t make anything right. It does make it a little better from a public relations perspective.”

Despite this embrace by military commanders, the payment systems can still seem improvised and imperfect.

Sen. Patrick Leahy, D-Vt., has tried several times to create a permanent set of rules and dedicated source of funding for condolence payments.

“Senator Leahy believes we need legislation to authorize it which gives discretion to field commanders and includes guidelines so the wheel doesn’t have to be reinvented every time the U.S. military is deployed in combat,” said Tim Rieser, his foreign policy aide.

Should condolence payments become more codified, it is unclear how many, if any of those rules and requirements would apply to the world of targeted killings off the traditional battlefield. To date, the U.S. has yet to acknowledge any particular instance where a civilian was killed as a consequence of a drone strike outside Afghanistan – let alone if that person’s family was compensated.

Pentagon spokesman Bill Speaks said that “the Department of Defense has not made solatia payments” in Yemen or Somalia, where the U.S. has acknowledged military action. The CIA’s drone strikes in Pakistan and Yemen remain officially secret.

Neither the White House nor the Pentagon would comment further on Brennan’s statement about condolence payments. The CIA also declined to comment.

There are occasional reports of condolence payments in Yemen and Pakistan, but the U.S. role in those payments — if there was one — remains unclear.

In Pakistan, officials paid roughly $3,000 to the families of more than 30 people killed in a March 2011 strike. Last September, after a drone strike in Yemen killed as many as 14 civilians, families of the victims blocked roads and demanded compensation. According to the Washington Post, the Yemeni government publicly apologized and offered “101 guns to tribal leaders in the area as a symbolic gesture.” Al Qaeda in the Arabian Peninsula reportedly sent its own offers of condolence. (The embassies of Yemen and Pakistan did not respond to questions about condolence payments.)

In recent months several former military and diplomatic leaders have expressed concern about reliance on drones to target terror suspects, and potential “blowback” from the program. A focus on targeting militants overlooks broad resentment of U.S. military actions, they said, echoing the issue that strained U.S. missions in Iraq and Afghanistan.

The U.S. also sends vast amounts of aid and provides counterinsurgency training to countries where it is hunting Al Qaeda-linked militants.  Foreign aid to Pakistan includes earmarks for assistance to civilians harmed by military operations. That’s in part to acknowledge the impact of the U.S. presence in the region, said Rieser, Senator Leahy’s aide.

“But of course there is a limit to what we can do in a country whose government with which we often disagree, in a remote and dangerous region where implementing any program is difficult,” he said.

The Obama administration is reportedly planning to shift control of the targeted killing campaign to the military, which officials said could bring greater transparency and accountability (with a notable exception for strikes in Pakistan, which the CIA will continue to handle.) Brennan has also said recently the U.S. should "acknowledge it publicly” when civilians were killed.

The pace of drone strikes has dropped off drastically in recent months, with just two reported in Pakistan in the past month. How civilian deaths will be handled in a more transparent future remains to be seen.

“The U.S. could open up the ability to make these payments in any theater,” said Keenan, of Civilians in Conflict. “But in order to do it effectively, the U.S. has to engage on the ground. The whole point is acknowledging the harm.”