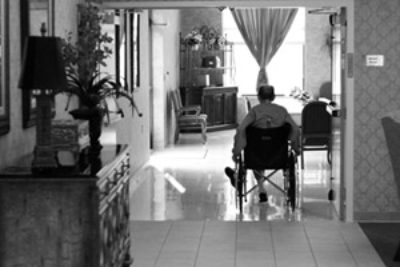 California lawmakers last week unveiled a dozen legislative proposals aimed at stiffening regulations governing the state’s roughly 7,700 assisted living facilities, residences that offer room and care to tens of thousands of frail or ailing people, most of them seniors.

The wide-ranging array of proposed regulations would mandate annual inspections of the facilities and increase the size of financial penalties that the state can levy for failures in care. The proposals would also step up mandatory training for assisted living employees, require facilities to employ registered nurses in some instances and demand that California post inspection results online for the public to review.

California, which is home to more assisted living facilities than any other state, currently maintains one of the loosest regulatory regimes in the country, with minimal fines (as little as $150 in cases of fatal neglect or abuse) and infrequent inspections (required once every five years). Ranging in scale from a handful of beds to hundreds, assisted living facilities provide housing and day-to-day help to the elderly and disabled, but, unlike nursing homes or physical rehabilitation centers, they do not offer around-the-clock medical care.

The regulatory proposals come as Gov. Jerry Brown seeks $7.5 million to hire dozens of additional inspectors, and state legislators prepare to hold a series of public hearings in February on improving the performance of the assisted living facilities and the officials who oversee them.

At least some of the new initiatives have the support of the California Assisted Living Association, an industry trade group. In a press release, the association said it was backing efforts to increase the frequency of inspections and raise training standards, as well as several other proposals.

The consensus – at least in broad terms – that California’s regulatory system needs an overhaul is “a testament to the level of crisis we’ve reached,” said Tony Chicotel, a staff attorney at California Advocates for Nursing Home Reform, one of the advocacy groups pushing the legislative package. “Everyone seems to agree that it’s really bad and we need to do something.”

Several lawmakers described the bungled closure of a troubled Castro Valley facility late last year – a debacle that left an unpaid cook and janitor caring for 19 seniors, many of them seriously ill – as a catalyst for the new initiatives.

“The owners of the facility basically walked away,” said state senate majority leader Ellen Corbett, a Bay Area Democrat who is sponsoring new legislation. “It was so shocking and outrageous that this could happen.”

The state’s shortcomings have also been spotlighted in reports by ProPublica and PBS "Frontline," as well as the San Diego Union-Tribune.

San Francisco Sen. Mark Leno, a Democrat, is spearheading a bill that would bring California’s practices in line with those of many other states, giving the Department of Social Services, which oversees assisted living, the power to halt admissions at facilities plagued by serious regulatory violations. If passed, the law “will go after the lifeblood of these facilities and prohibit them from taking any new customers,” Leno said.

Currently, he noted, the department has few options when it comes to altering the behavior of troubled facilities. It can fine them or revoke their licenses to operate, slow-moving processes that can drag on for months or even years. Leno’s bill would allow the state to place an immediate ban on admissions until violations have been corrected.

It would also empower the department to use the same tactic at facilities that have failed to pay their fines. During a recent five-year span, the state meted out approximately $2 million in monetary penalties but actually collected just half of that, in part because some facilities simply continued operating without paying.

Michael Weston, a spokesman for the Department of Social Services, did not respond to requests for comment.

However, the department has quietly acknowledged its limitations. In a 16-page budget proposal obtained by ProPublica, the department said it had not kept up with the evolution of the assisted living business, which in recent years has taken in more and more seniors with complex health problems. The document notes that state rules have been broadened to allow people with “virtually any medical condition” to reside in assisted living facilities, yet the division of the department that monitors those operations “has no staff with medical expertise.”

According to the budget document, the department has also been slow to respond to the growing role of national and regional chains, and the wave of “complex corporate mergers and acquisitions” that have marked the industry in recent years. Currently, state data systems don’t allow inspectors to identify companies that persistently flout the law. The state is seeking to create a “corporate accountability unit” to monitor chain facilities.

In many ways, Leno said, the full reach of the proposed regulations will come down to money.

“Are we funding regulatory agencies to do their job?” he asked. “Taxpayers rightfully expect that someone’s looking after them. And the sad fact is that in many cases we haven’t been.”

It’s Time for Sundown Towns to Become a More Visible Part of Illinois History. But How?