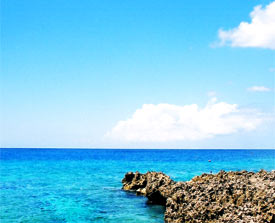 The Internal Revenue Service is debating how best to collect potentially billions of dollars in unpaid taxes that wealthy Americans have squirreled away in offshore bank accounts, according to the New York Times.

One of the options being discussed is a "global settlement," which provides a kind of amnesty. The Times describes it as "a take-it-or-leave-it deal that allows clients to settle their tax debts in exchange for reduced penalties and possibly reduced tax payments."

The debate comes as the Justice Department investigates several top-tier banks for providing the private tax shelters for their clients. If prosecuted, those clients could face steep fines – sometimes worth much more than what’s left in their offshore accounts – and other penalties, including jail.

There’s quite a bit of interest in offshore tax shelters at the moment. It’s almost as if the government needs to plug some big budget holes.

The Justice Department is investigating banks UBS, Credit Suisse and HSBC. There is a separate investigation involving Deutsche Bank, which got wrapped up in a tax shelter scheme orchestrated by a then-employee of Bank One, which was later acquired by JP Morgan Chase. That scheme was called Homer and is estimated to have cost taxpayers about $100 million.

If you, dear reader, know of any other investigations or cases involving offshore tax shelters, drop us a line. This is definitely something we’d like to keep an eye on.