Despite compelling evidence that the forensic testimony used to convict former Texas high school principal Joe Bryan of murder was wrong, a Texas judge today recommended that Bryan’s conviction stand, and that he not be granted a new trial.

Bryan, now 78 and in poor health, has served 31 years in prison despite lingering questions about who shot his wife, Mickey, in 1985.

Judge Doug Shaver’s decision stunned Bryan’s attorneys, who had hoped for a different outcome after the seeming collapse of key elements of the prosecution’s case in September, during the final day of hearings over whether Bryan should be granted a new trial.

In a dramatic moment at the hearing, a defense witness read an affidavit from retired police Detective Robert Thorman, the bloodstain-pattern analyst whose testimony had proved critical in convicting Bryan. In it, Thorman conceded that both his findings and testimony had been rife with errors. “My conclusions were wrong,” he wrote. “Some of the techniques and methodology were incorrect. Therefore, some of my testimony was not correct.”

Thorman’s remarkable admission gave fresh optimism to Bryan and the scores of former neighbors, family members and even former prison staffers who attended the hearing that he might be granted another chance to prove his innocence. Bryan had been attending a principals’ convention in Austin, 120 miles from his home in Clifton, where Mickey was killed, in the days surrounding the murder. He has always maintained that he was in Austin, asleep in his hotel room, at the time of the crime.

After the hearing, Bryan’s lawyers and the Bosque County District Attorney submitted written conclusions. Today, Shaver adopted the prosecution’s findings in their entirety – including an argument by Bosque County D.A. Adam Sibley that acknowledged that parts of Thorman’s testimony were incorrect but said it didn’t matter: “Thorman’s testimony was not important to the case.”

Shaver also adopted Sibley’s position that because Thorman did not specify which of his conclusions were wrong, “the Court is unable to determine whether any of this testimony mattered.”

Thorman’s flawed testimony at Bryan’s trials was at the heart of a two-part investigation by ProPublica and The New York Times Magazine in May that questioned the accuracy of the bloodstain-pattern analysis used to convict Bryan, as well as the training of the experts who testify in such cases. Bloodstain-pattern analysis is a forensic discipline whose practitioners regard the drops, spatters and trails of blood at a crime scene as clues that can sometimes be used to reverse-engineer the crime itself.

In July, Bryan’s case commanded the attention of the forensics community when the Texas Forensic Science Commission — which investigates complaints about the misuse of forensic testimony and evidence in criminal cases — announced that the blood-spatter analysis used to convict him was “not accurate or scientifically supported.” Spurred by the Bryan case, the commission had already moved to end the practice of allowing law enforcement officers with minimal training in bloodstain-pattern interpretation to testify in Texas, stipulating that such analysis must be performed by an accredited organization if it is to be allowed in court.

Bryan’s request for a new trial will now go before the Texas Court of Criminal Appeals, the state’s highest criminal court. The court will consider Shaver’s findings, but it does not rubber-stamp lower courts’ recommendations, and will review the record in full. The court has no deadline by which it must make its determination; it could take months, or even years, to hand down a ruling. 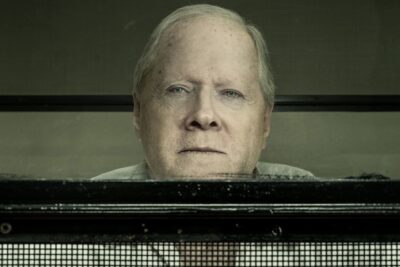 The findings will make it harder to deny a new trial to Joe Bryan, a high school principal convicted of murdering his wife.

The appellate court, however, cannot consider anything outside of the court record – including a separate conclusion by the Texas Forensic Science Commission in October that a Texas Department of Public Safety crime lab chemist had “overstated findings, exceeded her expertise and engaged in speculation” when she testified for the prosecution in the Bryan case in 1989. The commission also found that the now-retired chemist, Patricia Retzlaff, failed to do thorough analysis of key DNA evidence in 2012, after a judge allowed such testing to proceed.

But the court can consider evidence presented at the hearing that pointed toward another suspect in Mickey Bryan’s murder: former Clifton police officer Dennis Dunlap. After Dunlap hanged himself in 1996, Clifton police launched an investigation in which they determined that he had killed a 17-year-old Clifton High School student named Judy Whitley just four months before Mickey’s murder. During that inquiry, an ex-wife of Dunlap’s told investigators that he had boasted of being with the principal’s wife on the night she died.

“We remain hopeful that the Court of Criminal Appeals will ultimately rectify this injustice and declare Joe actually innocent, which he is,” said his attorney, Jessica Freud. “At a minimum, we hope the court vacates his conviction so that he may — for the first time — receive a fair trial.”