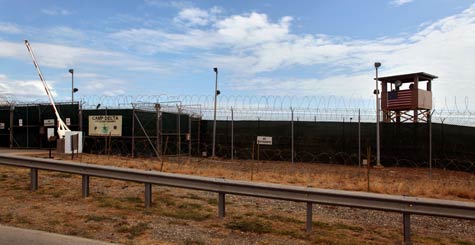 A few weeks ago, the U.S. District Court for the District of Columbia released a declassified version of a judge’s ruling in the case of Fouad Al Rabiah, a Kuwaiti citizen who has been held at Guantanamo for seven years. The judge, Colleen Kollar-Kotelly, found that the government could not credibly support its allegation that Al Rabiah was part of the Taliban or al-Qaida, and that the evidence against him wasn’t sufficient to justify his continued detention. She ordered the government to release Al Rabiah "forthwith."

But the judge’s opinion is more than a legal document; it’s also a window into the interrogation process at Guantanamo and the risk that "enhanced interrogation techniques" will produce false information. Excerpts from the opinion are below; you can also read the whole document.

Kollar-Kotelly describes Al Rabiah as a 50-year-old father of four, who graduated from the Air Service Training school at Perth College, Scotland, with a degree in aviation maintenance in 1981. He then went to Kuwait Airways, where he worked until his detention in 2001. At the time Al Rabiah was captured, he was an overweight man in his 40s, with "various medical ailments such as high blood pressure and chronic pain in his neck and lower back" and no military training, save for two weeks of compulsory training in the Kuwait Army until he was discharged for a knee injury.

Al Rabiah often used his vacations to perform humanitarian work in impoverished or war-torn countries, the judge writes, and it was to perform the same kind of work that he traveled to Afghanistan in October 2001—an explanation that Kollar-Kotelly writes is supported by the evidence. After he tried to leave the country via Iran, whose border guards denied him entry, Al Rabiah tried instead to cross the Pakistani border, but he was captured by villagers and turned over to the Americans, who later transferred him to Guantanamo.

The government’s evidence against Al Rabiah was "surprisingly bare."

The government’s case against Al Rabiah initially rested on two main pillars: allegations made against him by fellow detainees and his own confessions. But in the judge’s opinion, neither held any weight.

The judge’s ruling cites four detainees who made allegations against Al Rabiah. The names of his accusers are redacted, as are the specifics of their allegations, but Kollar-Kotelly explains her reasons for rejecting them. The first accuser made statements that were incorrect; the second made statements that changed over time, and which the judge called "demonstrably false"; the third seems to have made statements about someone who was not Al Rabiah; and the fourth made his allegations only after one week of sleep deprivation, exceeding the military’s own guideline prohibiting sleep deprivation for more than four days, "and he did not repeat this allegation either before or after."

Kollar-Kotelly notes that the government itself "withdrew most of its reliance" on the witnesses against Al Rabiah during the course of the trial. She writes that their allegations are unreliable, writing, "the Court finds that none of the alleged eyewitnesses have provided credible allegations against Al Rabiah." However, she calls it "very significant that Al Rabiah’s interrogators apparently believed these allegations at the time they were made, and therefore sought to have Al Rabiah confess to them." That brings her to those confessions.

Al Rabiah’s confessions were obtained only after his interrogators began using "aggressive interrogation tactics," at least one of which was apparently used without proper authorization.

Kollar-Kotelly found that Al Rabiah initially denied any involvement with al-Qaida, even after he was told that eyewitnesses had made allegations to the contrary. Al Rabiah’s confessions began only after his interrogators "began using more aggressive interrogation tactics."

At least one of those tactics "did not become authorized by the Secretary of Defense for use at Guantanamo until April 16, 2003." The techniques approved by then-Defense Secretary Donald Rumsfeld on that date included isolation, "dietary manipulation," "attacking or insulting the ego of a detainee" and "environmental manipulation," including "adjusting temperature or introducing an unpleasant smell."

Whatever tactic was initially used by Al Rabiah’s interrogators, they may have broken the Defense Department’s rules in applying it. The judge writes that at least one of the tactics used on Al Rabiah "could not be used on a detainee until ‘the SOUTHCOM Commander ma[de] a determination of ‘military necessity’ and notif[ied] the Secretary in advance’ of its use." According to the judge, "the Government was unable to produce any evidence that [REDACTED] obtained authorization to use the [REDACTED] technique," despite requests from the court to produce that evidence.

Kollar-Kotelly writes that Al Rabiah told the court that he made his confessions "to reduce the abuse meted out by his interrogators ‘to obtain confessions that suited what [they] thought they knew or what they wanted [him] to say.’" According to the judge, Al Rabiah "maintained his confessions over time because ‘the interrogators would continue to abuse [him] anytime [he] attempted to repudiate any of these false allegations.’" The judge found that Al Rabiah’s interrogators supported his belief that if he did not confess, "his life would become increasingly miserable."

Al Rabiah’s confessions frustrated his interrogators, leading them to use tactics that violated both the Army Field Manual and the Geneva Conventions.

The first of those techniques, writes the judge, included "threats of rendition to places where Al Rabiah would either be tortured and/or would never be found"—a violation of the Army Field Manual’s prohibition on "threatening or implying physical or mental torture."

To reinforce those threats, Kollar-Kotelly writes, Al Rabiah’s interrogators put him in the "frequent flier program," which the judge describes elsewhere in her opinion as a technique that "prevented a detainee … from resting due to frequent cell movements." Kollar-Kotelly writes that this technique, like threats of torture, violated the Army Field Manual and the Geneva Conventions. Indeed, the judge highlights the fact that the Army Field Manual states that such techniques "can induce the source to say what he thinks the interrogator wants to hear."

Kollar-Kotelly writes that Al Rabiah’s lead interrogator "was disciplined for making similar threats during the same period" toward another detainee—one of the ones who was an alleged eyewitness against Al Rabiah, in fact.

Al Rabiah was made to believe that he needed to confess in order to go home.

Later in the opinion, Kollar-Kotelly writes that "the evidence in the record suggests that Al Rabiah repeated these confessions in the false belief that it would allow him to return to Kuwait." Al Rabiah didn’t come to that conclusion by accident alone. According to the judge, "there is substantial evidence in the record that Al Rabiah was led to believe that he needed to confess something in order to be eligible to be returned to Kuwait."

Kollar-Kotelly writes that Al Rabiah’s interrogators repeatedly concluded that his confessions were not believable, and she chides the government for using those confessions as the basis for justifying his continued detention at Guantanamo.

"Far from providing the Court with credible and reliable evidence as the basis for Al Rabiah’s continuous detention," she writes, "the Government asks the Court to simply accept the same confessions that the Government’s own interrogators did not credit."

"If there exists a basis for Al Rabiah’s indefinite detention, it most certainly has not been presented to this Court. Al Rabiah’s petition for habeas corpus is GRANTED." 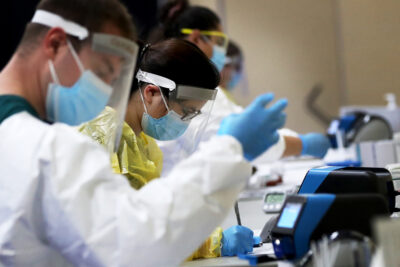